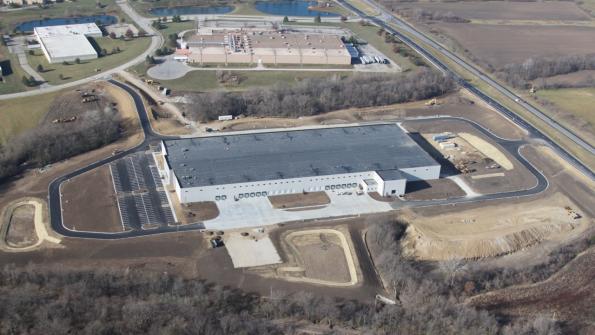 In a market where companies are looking for shovel-ready ground, Liberty, Mo. — a suburb located just 15 minutes north of Kansas City — was lacking. But thanks to a public-private partnership with Hallmark Cards, the city is attracting employers from the science, technology and automotive industries into an existing industrial park and a new Science and Technology Park.

The city exchanged the extension of a sewer line in the Heartland Meadows Industrial Park for 42 Hallmark-owned acres within the park. The partnership has already set the stage for more development.  LMV Automotive is building a 210,000-square-foot facility in Heartland Meadows to service the nearby Claycomo, Ford Motor Company’s new full-size Transit Van production line.  The LMV facility represents a more than $46 million investment in the local economy.

The success of the public/private partnership that brought 157 LMV jobs to the city doesn’t end there. Liberty has designated the 42-acres acquired from Hallmark as the site of its first Science and Technology Park. Liberty is often one of the final location choices of science and technology firms wanting to build in the Kansas City area.

Another partnership will result in a training facility within the park.  The partnership between the Metropolitan Community College of Kansas City and Liberty will ensure that training is available to not only the businesses within the Science and Technology and Heartland Meadows Business Parks, but to the region as a whole. The Metropolitan Community College will also partner with the Liberty School District to provide credit hours and workplace skills to high school students seeking a skilled-labor job.

The city invested more than $730,000 in initial infrastructure improvements. Liberty also applied for and received a $938,000 Community Development Block Grant for additional road, water and sewer improvements.  As part of the public/private partnership, Hallmark Cards donated temporary and permanent easements for construction for all of the improvements. In addition, the Missouri Department of Transportation expedited a new access point for the LMV facility.

When the bids for engineering and construction came in well below the budget, the city council extended the scope of work to include another 1,700 feet of sewer line, creating more opportunities for shovel-ready development.