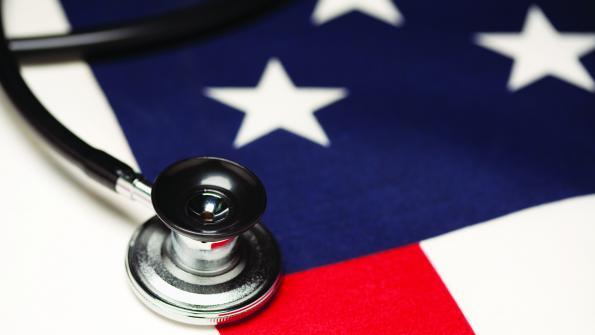 When it comes to health, where does your county fall within the state? Rankings look at the overall health of each county and a variety of contributing factors.

When it comes to health, where does your county fall within the state? Rankings released last week by the Robert Wood Johnson Foundation in collaboration with the University of Wisconsin Population Health Institute look at the overall health of each county and a variety of contributing factors. The analysis is intended in part to help local governments better address their health needs.

The fourth annual County Health Rankings found that residents in the unhealthiest counties are dying at more than twice the rates of those in the healthiest counties and that people in healthier counties are 1.4 times more likely to have access to a doctor and dentist. Teen birth rates are more than twice as high in the least healthy counties than in the healthiest counties. The counties where people don't live as long and feel worse mentally and physically have the highest rates of smoking, physical inactivity, teen births and preventable hospital stays. While the report focuses on county comparisons, it also found that nationally child poverty rates have not improved since 2000 and that one in five children live in poverty. Premature deaths, however, are at the lowest levels in 20 years.

Each county within a state received an overall health outcome rank based on mortality and quality of life, including poor physical and mental health. The report also gives each county a health factor ranking based on the categories of health behaviors, such as diet, exercise and tobacco use; access to and quality of health care; social and economic factors, including income, employment and education; and physical environment.

The researchers weighted social and economic factors most heavily at 40 percent.

A Robert Wood Johnson brief from earlier this year argued that there is a strong connection between employment and health. It cited statistics that 54 percent of the civilian workforce receives health insurance through their employers and that laid-off workers are 54 percent more likely than their employed counterparts to have fair or poor health and are 83 percent more likely to develop a stress-related medical condition.

In Alabama, the county that scored the highest for health factors also ranked highest for health outcomes. A high score for health factors, however, didn't always translate to a high score for health outcomes. Dickey County, N.D., was deemed the healthiest county in the state, but came in 15th for health behaviors, 16th for clinical care, 7th for social and economic factors and 31st for physical environment. While counties that fell within the same quartile were often clustered together, in some states — Arizona, Delaware, Maryland, Oregon, Rhode Island and Wyoming — the healthiest and least healthy counties were neighbors.

"The Rankings tell us that we all have a stake in creating a healthier community and no single sector alone can tackle the health challenges in any given community," said Patrick Remington, professor and associate dean at the University of Wisconsin School of Medicine and Public Health. "Collaboration is critical."