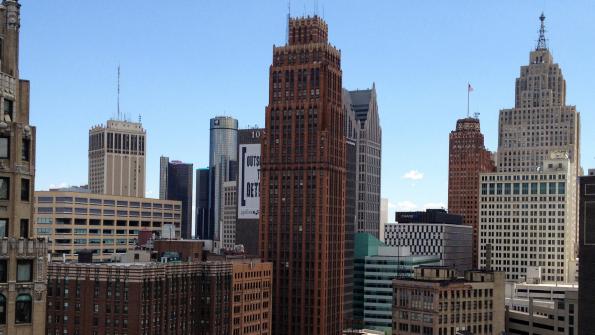 After previously announcing the likelihood of Detroit being taken over by an emergency manager, Gov. Rick Snyder made the decision official.

After previously announcing the likelihood of Detroit being taken over by an emergency manager, Gov. Rick Snyder today made the decision official. He also recommended Washington attorney Kevyn Orr for the position; Michigan's Emergency Financial Assistance Loan Board voted 3-0 to instate him. The state will pay him $275,000 annually starting March 25.

"The facts show that the city has a short-term cash crisis, a long-term debt crisis, and an inadequate plan to solve the problem," Snyder said in a statement. "That Detroit has reached this point is a sad moment, but it's also one of optimism and promise."

Last month, an independent financial review team submitted a report on the city's fiscal crisis and concluded that Detroit is in a financial emergency. It reported that projections estimate a more than $100 million cash deficit by June 30; the General Fund deficit was more than $326 million in fiscal year 2012; long-term liabilities exceed $14 billion; and the city charter makes it difficult for city officials to restructure operations in a meaningful and timely manner.

The city was given the chance to appeal the findings, which it did on Tuesday. Snyder said none of the information presented was adequate to change his mind. The Detroit City Council met today and decided it would not pursue legal action to appeal Snyder's decision.

According to the Detroit Free Press, Detroit is the largest U.S. city ever to be taken over by its state at this level of involvement. Detroit will become Michigan's sixth city currently being supervised by an outside manager.