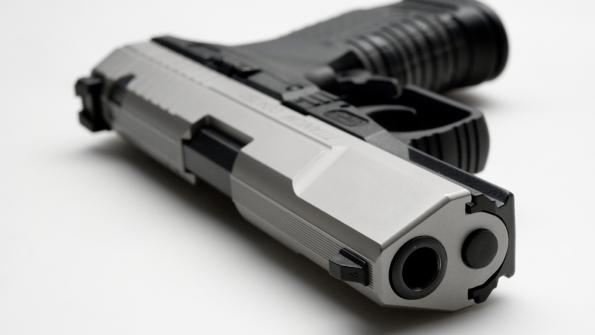 States with a higher number of gun laws tend to have fewer firearm-related deaths — overall and for suicides and homicides individually — according to a AMA study.

States with a higher number of gun laws tend to have fewer firearm-related deaths — overall and for suicides and homicides individually — according to a study just published by the American Medical Association.

Researchers from Boston Children's Hospital and Harvard University examined firearm-related death statistics reported to the Centers for Disease Control and Prevention for 2007 to 2010. During that time period, there were 121,084 gun-related deaths. The study also looked at 28 types of gun laws a state could have in place, ranging from no guns on college campuses to universal background checks, and assigned each state a "legislative strength score" based on how many of the 28 laws it had in place. For example, Louisiana had the highest number of annual deaths per 100,000 individuals and the second-lowest legislative strength score. The five states with less than five deaths per year per 100,000 people (Massachusetts, New Jersey, New York, Hawaii and Rhode Island) ranked in the top eight in terms of legislative score strength and all had at least 14 laws in place. Some states proved to be exceptions; South Dakota, for instance, ranked low for its number of gun control laws, but still had relatively low rates of firearm fatalities.

To draw its conclusion, the study divided the states into four groups based on legislative score ranking and also on the number of firearm-related deaths. In addition to finding that higher legislative strength scores were associated with lower rates of fatalities overall, the researchers also examined specific legislative categories. They found that only background checks had a significant relationship across all outcomes examined, with stronger background checks associated with lower fatality rates.

The authors stipulate that "the overall association between firearm legislation and firearm mortality is uncertain and remains controversial." They suggest, for instance, that the relationship between the number of laws and fatality rates could be confounded by gun ownership rates or other factors.