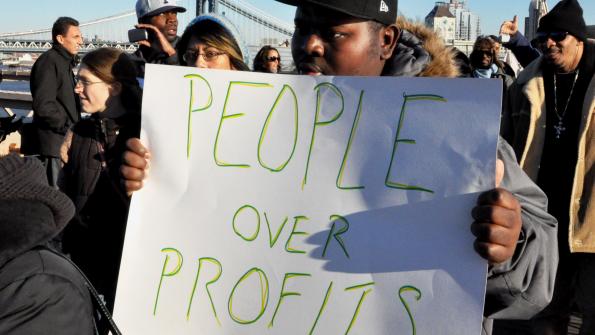 A version of this article appeared in the March 2013 print issue with the headline: Labor unions' new normal.

As public sector jobs disappear, unions are experiencing losses in membership and job market representation. The U.S. Bureau of Labor Statistics (BLS) reports the government sector has shed 704,000 jobs since July 2008, when state and local governments reached their employment peaks. Local governments, excluding education, accounted for about one-third of those job losses.

Even with the decreasing numbers, local government workers' membership rate was 41.7 percent in 2012, higher than the 35.9 percent public sector union membership rate, the 26.9 percent federal government rate and the 31.3 percent state government rate. BLS says that local governments' relatively higher rate reflects its heavily unionized occupations such as teachers, police officers and firefighters. Overall, the 35.9 rate of public-sector union membership is more than five times higher than the 6.6 percent rate for private-sector workers.

Several factors have affected union membership, including public policy. Bob Bruno, director of the University of Illinois School of Labor and Employment Relations, notes that recent anti-labor legislation in several states has limited collective bargaining rights, which impacts union membership. In 2011, Wisconsin led the current movement to restrict those rights to help close the state's budget gap. Last year, Indiana and Michigan passed right-to-work legislation, dealing a blow to organized labor by allowing workers to opt out of paying union dues. Today, there are 24 right-to-work states.

Unions have lost significant ground in Michigan since their heyday in the 1930s. Still, local government officials' view of their relationships with unions improved, according to a survey conducted by the University of Michigan Center for Local, State and Urban Policy (CLOSUP). Only about a third of Spring 2012 respondents said they perceived unions as a financial liability, down from 56 percent in Spring 2011.

"What we found was an increasing percentage saying unions were assets, in terms of fiscal and overall performance," says CLOSUP program manager Tom Ivacko. Just 27 percent of local governments in Michigan have a public sector labor union; of those, 78 percent had negotiated with their unions in the past 12 months, Ivacko says.

"Most [negotiations] resulted in the unions giving stuff back," Ivacko says, citing fringe benefits in particular. And among those jurisdictions reporting union employees, 60 percent were either "somewhat likely" or "very likely" to seek further concessions in the 12 months ahead. Meanwhile, Michigan's law has faced several challenges in state and federal courts from unions seeking to halt its enforcement.

Labor experts say it is difficult to determine how many public sector workers who lost their jobs last year also belonged to a union. However, Barry Hirsch, a labor economist at Georgia State University says, "after limited collective bargaining went into effect toward the end of 2011, their union density fell pretty sharply." For example, he says the number of unionized workers in Wisconsin fell by 48,000 last year. Hirsch runs the website unionstats.com.

Decreasing union membership could increase the challenges for local governments dealing with stripped-down workforces caused by the recession, Bruno says. Strong union contracts provide managers a systematic approach to solving problems, he says. Replacing that structure over time with a more subjective approach could create management problems and even increase the number of lawsuits. "A labor agreement lays out procedures for managing workers, which provides clarity about evaluating and establishing performance expectations," Bruno says.

Overall union membership trends show a higher percentage of men (12 percent) than women (10.5 percent) are union members, although the gap has closed considerably since 1983, when the rates were 24.7 percent of men and 16.6 percent of women. Age also is a factor, with the membership rate highest among workers ages 55 to 64. "The lowest rates of unionization are among the youngest workers and those entering the job market," Bruno says. "That's a significant challenge to maintaining union density."