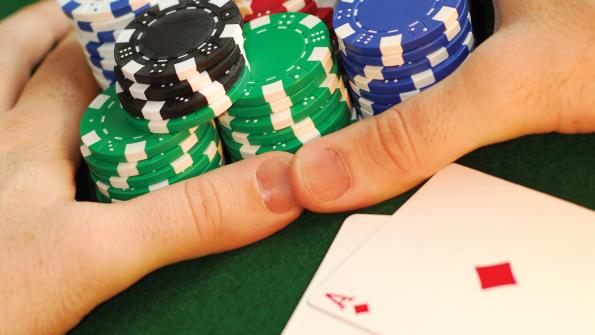 In early February, Christie conditionally vetoed the bill, recommending a set of changes that the state legislature incorporated into its final version. His modifications included requiring state elected officials to disclose their representation of entities holding or seeking internet gaming licenses; increased funding for compulsive gambling treatment programs; raising the tax on Atlantic City casinos' online winnings from 10 percent to 15 percent; and a 10-year trial period that will give future policy-makers the chance to revise and renew the law. During that time, he recommends studying internet gaming and its societal impact. "Our State cannot carelessly create a new generation of addicted gamers, sitting in their homes, using laptops or iPads, gambling their salaries into the future," Christie said in a statement.

According to an Associated Press story, the impetus was to help casinos in Atlantic City by offering incentives from online play that have to be redeemed in person at the casinos. Christie released budget numbers estimating that the state's Casino Revenue Fund will receive $436 next year vs. $235 million this year due in large part to online gambling revenue. The state Division of Gaming Enforcement now has to set a start date.

"This was a critical decision, and one that I did not make lightly," Christie said after signing the bill. "But with the proper regulatory framework and safeguards that I insisted on including in the bill, I am confident that we are offering a responsible yet exciting option that will make Atlantic City more competitive while also bringing financial benefits to New Jersey as a whole."