Voting technology develops to improve accuracy and save time for voters and election officials. 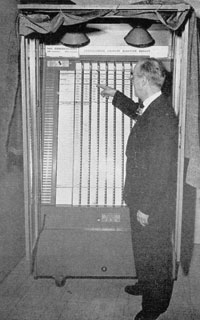 Chicago used voting machines for the first time in its April 1, 1947, mayoral election, according to that month’s edition of The American City. The city’s 50 “time-saving, tally-fraud-proof” machines were purchased following voter approval to “abolish the old-fashioned pencil and paper method of balloting in the city and substitute the modern automatic system.”

Voting machine use spread across the country in 1947, according to an article published in The American City’s December issue. That November, Philadelphia “depended entirely on voting machines for the first time,” and voters in four Boston wards used only voting machines to cast their ballots while a purchase for 500 more machines was pending. New York State was completely equipped, using more than 12,000 machines in all precincts. 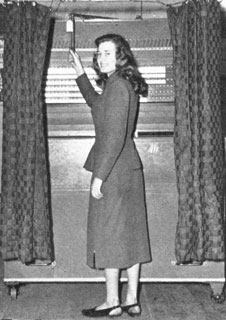 Ypsilanti, Mich., noted the efficiency of voting machines following the November 1950 election, which required a gubernatorial recount. According to an article in the November 1951 edition, the recount of all 17 of the city’s machines took only one hour. “In the election itself, all precincts reported before midnight, while in previous years the earliest report was made well after midnight with some reports coming in as late as 6:30 to 8:30 a.m. the next morning,” the article stated.