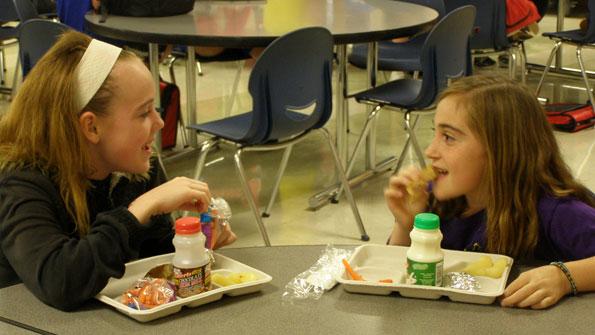 As more families struggle to put food on the table, some cities are working to help kids get a good meal

The numbers are staggering: More than 16 million American children risk hunger, according to federal data released in September. Now, a program through the National League of Cities (NLC) is helping 11 cities across the country reduce childhood hunger.

As part of the Cities Combating Hunger through Afterschool Meal Programs (CHAMP), the cities will receive grants and guidance to increase children’s participation in the federal Afterschool Meal Program. That program reimburses city agencies, schools and nonprofit organizations that provide nutritious meals at after school and weekend programs for children.

But many organizations need help to understand how to tap into the federal meals program. Cities participating in NLC’s CHAMP initiative will receive grants of up to $60,000 and technical assistance, including information on best practices and access to national experts. The 11 cities in the CHAMP initiative include Boise, Idaho; Bridgeport, Conn.; Charlottesville, Va.; Chicago; Denver; Las Vegas; Nashville, Tenn.; Omaha, Neb.; Northfield, Minn.; and Orlando and Tampa, Fla.

In Omaha, more than 26,000 children could be helped under the CHAMP program, according to Barb Farho, the city’s education initiatives director. The children are from impoverished households that face what federal researchers call “food insecurity,” a statistical way of trying to assess a child’s risk of going hungry. Or, more simply, as Farho says,  “Not every child is going to go home to a full, nutritious meal.”

Working through the office of Omaha Mayor Jim Suttle, Farho says the city will use the CHAMP project to increase participation in a patchwork of public and private programs providing out-of-school-time meals for children. First up: Omaha Public Schools, where over 70 percent of the 50,000 students are eligible for free or reduced lunch.

The immediate goal, Farho says, is to provide 3,000 students with after-school meals. “We’re working with the most at-risk and the areas of greatest need first. But we know it exists community-wide. So we’re going to move beyond just the schools.”

The city will provide training, tool kits and other materials to help local meal programs get federal funding and improve their offerings. “We’re helping them access funding,” Farho says, “and commit funding to better meals. So, instead of graham crackers and milk, [children] actually get a meal.”

NLC is coordinating the CHAMP project in partnership with the Washington-based-based Food Research and Action Center, with support from the Walmart Foundation. Cities in the project were selected from participants in two NLC leadership academies last May, as well as cities that have developed coordinated systems of after school programming.

The CHAMP project is scheduled to conclude in December, when representatives from the participant cities will gather to compare notes. Farho says Omaha plans to hold its own “education summit” to cement lessons learned from the project and move forward.

“If we do our job right and inform agencies, then they will have the knowledge to continue to access federal funding for meals,” she says. “It’s a broader effort that will continue after this program is done.”