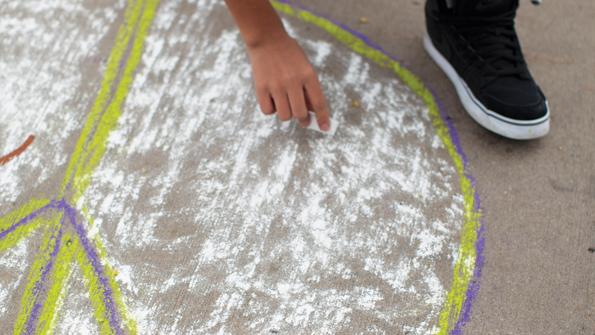 City displays pictures of peace throughout downtown this summer

Minneapolis shutterbugs can be seen around the city this summer, capturing images for a violence prevention project on display throughout downtown. As part of the city’s Blueprint for Action to Prevent Youth Violence, the Picturing Peace project is inviting residents of all ages to create images that portray peaceful communities.

Picturing Peace was developed by the Minneapolis Department of Health and Family Support and the Downtown Improvement District to help the city’s youth unlearn the culture of violence through visual art. It started in the spring during a workshop with teenagers, in which they discussed how violence affects their community, learned the fundamentals of photography and curated their own work to create a photo-documentary that reflected their hopes for peace and safety. Expanding on the teens’ work, the city launched a contest inviting all residents to contribute pictures on the theme of peace. Winners will be recognized during a conference in September.

“We have been able to engage young people to get involved in the issue, raise awareness about the epidemic of youth violence and empower youth to identify solutions to addressing the problems in their communities,” says Alyssa Banks, youth violence prevention coordinator for the city.

Watch a short video below to learn more about the project and the contest from the teens who are involved: