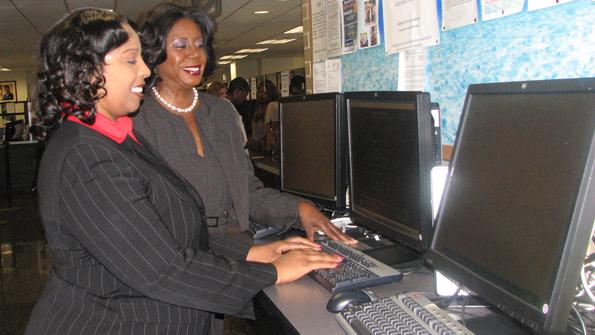 Several years ago, the Circuit Court of Cook County began updating its computers and using new technologies to automate processes and improve services. Now, most of its computers are thin clients, which connect employees and residents to a growing number of online applications to conduct court business.

The Circuit Court began trading in employees’ aging computer terminals for new HP thin clients in 2001. Thin clients are low-cost, centrally managed computing devices that contain no hard drives or other moving parts, and rely on a server for all computing resources and applications. The computers improved the speed with which staff could complete tasks, and their security features made them good options for use as public access terminals. The court soon installed 400 public service terminals for residents to use to search for information on recent court filings. Currently, 1,900 Clerk’s Office employees — more than 80 percent of the court’s staff — use thin clients, and they are on their second generation of the devices. The latest thin client computers were installed in January 2010.

Staffers and residents use thin clients to speed the court’s work through several applications, including the virtual traffic manager E-plea, E-tickets, and E-filing. The specialized applications eliminate errors and long lines, improving overall customer service. Thin clients also support standard productivity software such as Microsoft Office, saving money on licenses because software can be shared among multiple employees who are not accessing the programs simultaneously. Within the last year, the court also added the OnBase web client for imaging and document management from Cleveland-based Hyland Software.

Cook County estimates that switching to thin clients saved more than $1.2 million in hardware replacement costs, because each terminal costs nearly 60 percent less than a traditional computer and monitor. “Thin clients are helping us to deliver dramatic changes in the way we do business and serve the public. We can deliver services faster, and do it more efficiently than ever before,” Brown says.