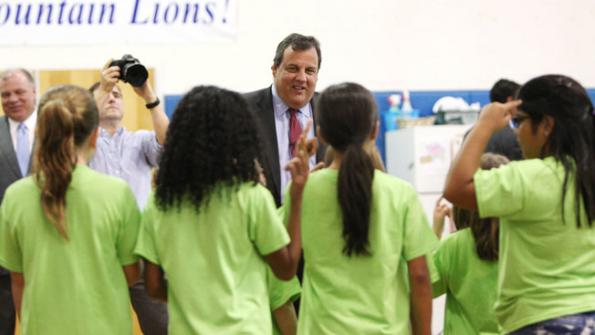 New Jersey Gov. Chris Christie (R) has signed a new law that will make it harder for teachers in the state to get tenure and easier to lose it. The measure, which still allows for seniority as the determining factor in layoffs, is a compromise supported by Democrats in the state legislature and the state’s largest teachers union, according to The Associated Press (AP).

The agreement comes after two years of negotiating and is the first significant change to the century-old job protection law. The New Jersey Education Association supported the measure.

The measure retains the “last-in, first-out” policy for determining layoffs. New Jersey is one of only 11 states with such a policy for educators in the case of layoffs.

One sticking point may come in working out details of the new evaluation process and determining how student achievement will be tied to individual teachers. Officials hope to complete that process in time for the 2013-2014 school year.

New Jersey’s per-student costs and school property taxes are among the highest in the nation. Overall, the state’s public school students place among the top on test scores, but significant disparities exist in performance by students in affluent suburbs and those in low-income cities.