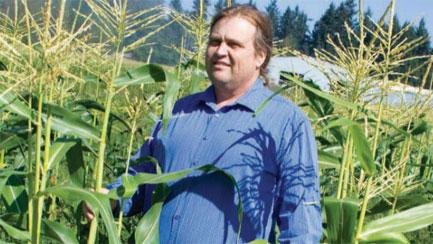 Oregon legislators want government agencies, such as schools, to have the option of buying local agricultural products. Oregon’s Procurement Office has responded with a highly flexible price agreement that includes local producers.

The grocery contract is open to all state and local agencies. Through a cooperative purchasing agreement, local agencies from Oregon, Washington and Idaho become “authorized purchasers” by paying an annual fee based on their yearly budget. The fees, which range from $50 to $5,000, also open the door to all statewide price agreements including copy machines, janitorial supplies, industrial supplies, lawn and garden equipment, and many other goods and services.

Local providers on the contract include Childers Meat, Charlie’s Produce, Spring Valley Dairy, and Umpqua Dairy. National suppliers, Sysco and Food Services of America (FSA), are also on the contract and compete with local providers. For orders of less than $5,000, agencies can buy from local farms of their choice, although agencies receiving USDA Child Nutrition Funds who do this must get two or three quotes. Agencies can even spend up to 10 percent more for local food compared to food coming from out of state, although contract manager Dave Reynolds reports “there hasn’t been a single instance” when this allowance was needed. “The local prices have been the same or even lower than the prices from the large carriers,” he said. 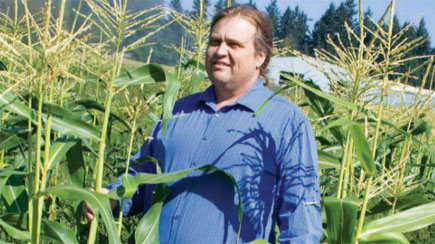 Suppliers on the price agreement comply with the requirements of the Federal Child Nutrition Funds, which “encourages” doing business with local sources and requires fair and open competition. Since the grocery contract encourages price comparison among providers, free market competition is created that keeps prices competitive and reduces the hassle of dealing with requests for price increases.

Agency buyers can request new items on the delivery list from Sysco or FSA if they meet a minimum order requirement of about five cases a week. In one example, an agency wanted grains from Bob’s Red Mill and was able to have these products added to regular deliveries.

Reynolds worked with Todd Pommier, food service manager at the Oregon State Hospital, and other agency buyers to iron out the details. Reynolds said his main question was “How do we set up a contract that will generate ongoing competition?” In addition, Reynolds wanted a contract that would allow an agency to buy a load of carrots from a local farm – or fresh local meat – without shipping it from two states away. The grocery contract with multiple suppliers makes these goals possible – and more.

Since the contract launched in 2008, quarterly sales have increased at least 250 percent to about $8 million annually. Agencies realize the advantages of using the contract, rather than creating their own bids, and prices can’t be beat. One school was paying over a dollar per pint for milk. Now they pay about a quarter of that, which quickly repays their annual fee to use the contract. Across the board, the grocery contracts have experienced a 4.59 percent cost reduction since 2011. Negotiations under way currently are for deeper cost reductions on fresh fruits and vegetables.

The number of agencies using the contract also is growing. Recently, two large school districts in Washington with a combined annual spend of more than $2 million have signed on. The Department of Corrections, with a huge annual spend, is also evaluating potential cost savings by switching to the contract.

Because of the large number of agencies using the contract, extending delivery routes into remote areas is feasible for the large carriers. Lori Smith buys food supplies for the school in Dayville, Ore., which has a population of 111 people, is 39 miles from the closest town, and has 65 children in the entire school system. Previously, Smith has had a $5,000 minimum for food deliveries, which meant twice a year she ordered items that could be frozen. Recently, thanks to the new contract, she has been able to get regular food deliveries from Food Services of America for a $400 minimum order.

“When we achieved that, I considered it a milestone in the contract,” Reynolds said.

In a small place like Dayville, the person doing the buying might be stocking shelves in the morning and driving a bus in the afternoon. The plug-and-play price agreement takes several headaches away.

Lessons learned and next steps

There has been some market reshuffling due to the aggressive pricing and ease of use of the new contract. A large supplier consortium that acts as a broker to schools has lost some schools who have decided to order directly from the contract. A few suppliers bumped from long-established ties are not happy. However, overall the contract has had few problems and has generated many benefits.

The next contract rebid will likely be in the summer of 2013. Reynolds is analyzing ways to make the contract even better. A few of the changes he hopes to see include:

For those contemplating a similar contract, Reynolds has one piece of advice: “Listen to your customers and design the contract to meet their needs. And don’t listen to all of the people who say you can’t implement your ideas. They’re usually wrong.”

Greg Hopkins is training specialist, procurement services, for the state of Oregon.