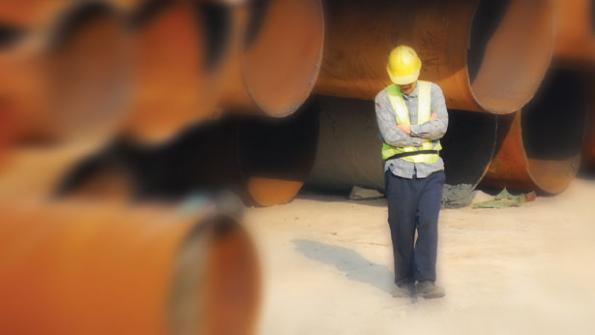 Entry forms for the 2012 award are now available online, and nominations are due June 22, 2012

The built environment in cities and counties does not happen by accident. Public works directors lead the way in forming the shapes of communities, facilitating growth and commerce with reliable transportation and water infrastructure, and serving the needs of residents and businesses. From building roads and bridges, to rehabilitating sewer systems, to collecting solid waste, public works directors must lead staff, contractors and the public through a broad range of challenges everyday.

American City & County’s Public Works Leader of the Year award seeks to recognize a public works official who recently has made indelible marks on the community by solving problems, completing innovative projects, and improving local government operations. Entry forms for the 2012 award are now available online.

The award is open to all public works officials in any local government in the United States. Those include (but are not limited to): public works directors and heads of the related operations, such as roads and bridges, streets and highways, parks and recreation, solid waste, water, wastewater and fleets.

There are no restrictions on who can submit a nomination. Download complete instructions, and send in materials by June 22, 2012.

Nominees are judged on their major accomplishments of the last year, why the efforts were important to the community and how the nominees exhibited leadership. The winner is profiled in the August issue of American City & County, which will be distributed at the American Public Works Association Annual Congress & Expo in Anaheim, Calif., Aug. 26-29, 2012.