In the 1940s, cities began coordinating forces and residents to prepare for and defend against malicious attacks

As World War II was heating up in early 1941, U.S. local, state and federal officials were making plans to accommodate war-time industry expansions and to support the U.S. military. To organize local emergency preparedness efforts, the U.S. Conference of Mayors proposed to President Roosevelt the formation of a civil program for passive defense against air attack. In an excerpt from that proposal, published in the February 1941 edition of The American City and submitted to the president by New York Mayor F.H. La Guardia, the conference explains, “It is clear that any effective organization for civil defense in the United States must be directed by some Federal agency functioning in a supervisory and advisory capacity to local civil defense authorities.” The proposal set out the idea for a Federal Civil Defense Board consisting of representatives from federal agencies, and local and state organizations that would coordinate activities with regional offices across the country. 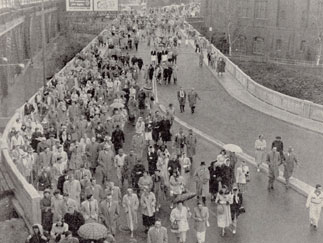 On May 20, 1941, President Roosevelt established the Office of Civilian Defense within the Office for Emergency Management and named Mayor La Guardia its director. The June 1941 issue of The American City detailed the responsibilities of the new office, including coordinating civilian defense activities that involve the federal, state and local levels of government. Over the next few years, civilian defense activities dominated the magazine’s coverage. Techniques and technologies for conducting widespread blackouts, communicating dangers to residents, and evacuating urban centers were described at length. (This photo shows an evacuation drill held in downtown Spokane, Wash., in April 1954. A description of the city’s “Operation Walkout” was published in The American City’s June 1954 edition.) 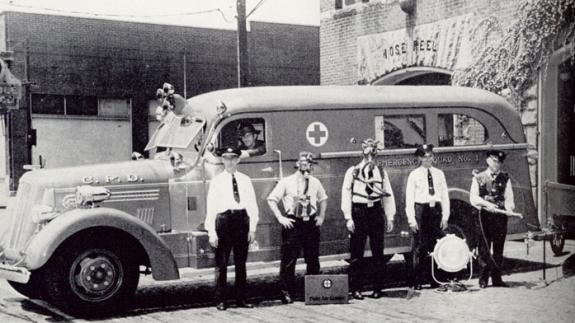 The November 1941 issue included a description of Mayor La Guardia’s visit to Columbus, Ohio, to learn about that city’s efforts to prepare for large emergencies. The fire department had trained hundreds of civilians in fire-fighting fundamentals, and it had equipped a car with two-way radio and voice-amplifying equipment to give orders to crowds and over great distances. It also had a new emergency first aid car (shown here) equipped with oxygen masks, floodlights, portable cutting torches, a 100-gallon water tank, pump and hose, and a rowboat with trailer. The car was called into action an average of 225 times a month and saved 100 lives in 1940, according to the article.