When automobiles began to grow in popularity in the 1920s, city leaders were faced with a new set of challenges, including developing ways to control traffic and provide parking for workers and shoppers downtown. The June and July 1926 issues of The American City reported the results of a U.S. Department of Commerce survey of merchants in more than 800 cities and towns about the effects of traffic congestion on their businesses. The merchants reported that the main causes of vehicular congestion were faulty traffic regulations, lack of parking facilities and narrow streets. Early efforts to resolve those issues included widening streets, prohibiting parking in certain areas and encouraging shoppers to conduct their business early in the day. 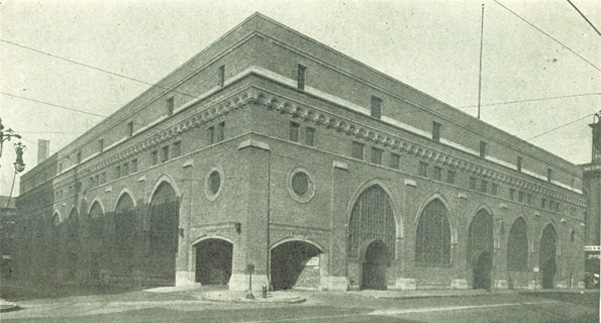 St. Louis officials devoted $1 million of an $87 million bond issue in 1924 to provide parking downtown with the construction of the Union Market and Garage Building. Opened in late 1925, the building occupied an entire city block and included a ground-floor market area with three levels of parking above. Motorists paid 15 cents for the first two hours, 10 cents per hour after that, or 35 cents for a full day. The city estimated average receipts of $200 per day throughout the year. 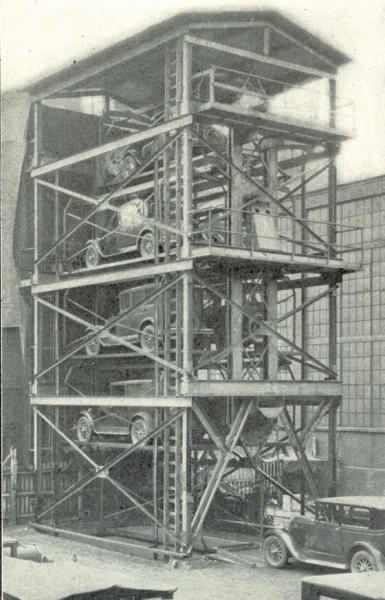 Inventors soon went to work to help solve parking problems, and the November 1929 issue of The American City featured a report on the development of the Automobile Parking Machine by the Westinghouse Electric & Manufacturing Co. Motorists could enter the new type of parking garage, drive onto a platform, pull a lever and obtain a check. The car would then be “automatically whisked upward out of sight,” and an empty platform would appear at ground level, ready for another car. When ready to leave, the motorist would push a button corresponding to the check, and the car would be delivered to ground level “almost immediately.” Engineers envisioned the devices could be built into any type of building so that “downtown streets could be kept cleared of parked cars and made safer for moving traffic.”

A modern version of the automated parking machine operates in Philadelphia’s Center City. Watch a video of how The Lift at Juniper Street works.

And, West Hollywood, Calif., is building an automated parking garage as part of its 25th Anniversary Capital Project. Watch a video below of the proposed garage, to be built by Quincy, Mass.-based Unitronics.