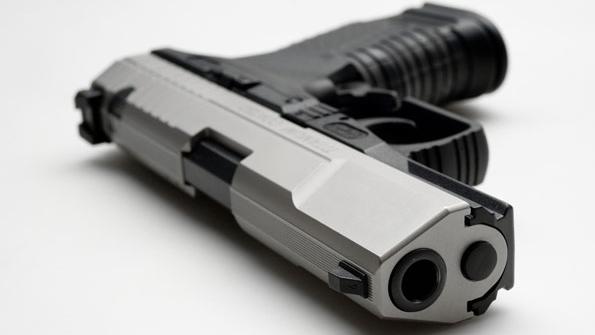 Locals call in the feds to help address gun violence

According to the U.S. Census Bureau, firearms were used in two-thirds of homicides from 2000 to 2008, and more than half involved a handgun. Experts agree that reducing gun violence requires a comprehensive approach that involves all levels of government, from local law enforcement and community groups to the federal government. Aside from providing monetary assistance for local programs, the federal government also is sponsoring research and providing resources ranging from investigators to prosecutors.

“I think the federal government is helping as much as it can, especially on funding evaluations,” says Gary Slutkin, executive director of Chicago-based CeaseFire, referring to federal support for his gun violence prevention program. The federal government has sponsored two, multi-year evaluations of CeaseFire; the most recent was conducted by the Johns Hopkins Bloomberg School of Public Health and funded by the Centers for Disease Control and Prevention. The study focused on Safe Streets Baltimore — the city’s CeaseFire-based program that is active in four neighborhoods — and found that the program was tied to a decline in homicides or nonfatal shootings, or both, and prevented at least five homicides and 35 nonfatal shootings over three and a half years.

Last November, the U.S. Department of Justice (DOJ) awarded Baltimore $2.2 million for Safe Streets. In January, Mayor Stephanie Rawlings-Blake announced that the money would be used to add two more communities to the program, which costs approximately $375,000 annually per site. The DOJ Community-Based Violence Prevention Demonstration Program provides funding for programs that focus on high-risk individuals likely to be involved in gun violence in the immediate future. In 2011, Boston and Newark, N.J., also received funding, for a total distribution last year of nearly $6.6 million.

The federal government is providing cities and counties with non-monetary resources, as well. The Bureau of Alcohol, Tobacco, Firearms and Explosives (ATF), for instance, just began working with the Minneapolis Police Department on gun recovery cases, focusing on tracing the weapons to where they were purchased. “It’s not just charging the person with the gun, but finding out how it got there,” says Minneapolis Police Chief Tom Dolan. “We are expecting good things with that.”

ATF also is involved with Violent Crimes Impact Teams, Project Safe Neighborhoods and Project Exile in cities across the country. Through Project Exile, which Minneapolis implemented in July 2010, ATF works with the police department to apprehend suspected criminals. The Hennepin County Attorney’s Office then works with the U.S. Attorney’s Office to decide whether it is more effective to prosecute offenders at the state or federal level. From July 1, 2010, through June 30, 2011, the county attorney’s office charged 286 gun cases, with 17 tried in federal court.

“You hear from local police departments that enforcing local gun laws is very uneven,” says Chuck Wexler, executive director of the Washington-based Police Executive Research Forum. “When ATF and the federal government get involved, it sends a message that they take these kinds of cases seriously.”