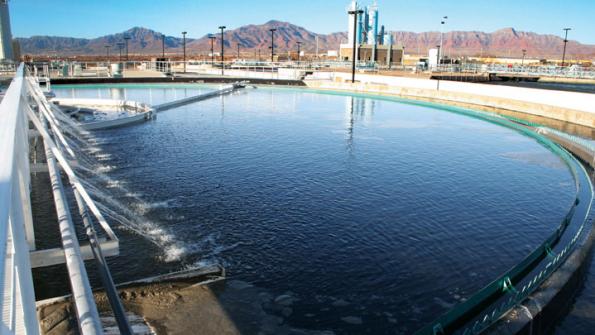 Can utilities convince residents that recycled wastewater is safe to drink?

There is a certain 'yuck' factor that has to be overcome

Many communities in the United States use recycled wastewater to irrigate golf courses and parks, but the prospect of actually drinking “dirty water” typically meets with a one-word reaction from most residents: Yuck. That resistance is changing, slowly, as some communities now use at least some recycled water for drinking.

The change is due to necessity and science. Drought and climate change force communities to look for ways to stretch water supplies. Advanced treatment procedures make recycled water safe to drink.

Health risks from treated wastewater “do not exceed, and in some cases may be significantly lower than, the risks of existing water supplies,” according to “Water Reuse: Expanding the Nation’s Water Supply Through Reuse of Municipal Wastewater,” released in January by The National Academy of Sciences. The report says that wastewater treatment systems feature rigorous testing and multiple filters that can detect and remove contaminants smaller than bacteria and protozoa. The systems also use “natural treatment” – pumping treated wastewater into aquifers to filter through the drip-by-drip process that has cleaned water for millions of years.

That is what happens in El Paso, Texas, where one plant has been turning wastewater into drinking water since 1985. The plant processes about 12 million gallons of wastewater a day back into the aquifer through a system of wells and ponds, eventually returning to residents’ tap water. A few other communities, including Miami, Denver and Orange County, Calif., also have experimented with using wastewater for drinking.

Ed Archuleta, president and CEO of El Paso Water Utilities, was part of the panel that produced the Academy of Sciences report. He predicts that more communities will follow. “It’s going to happen,” he says. “As long as you can convince people that this is something that’s safe and viable.”