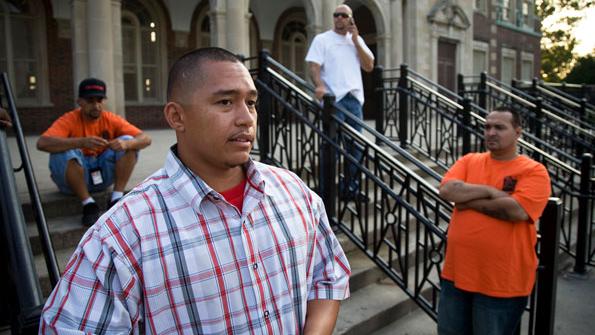 Putting on the safety

Amid the Super Bowl advertisements featuring celebrities like Elton John and Jerry Seinfeld, New York Mayor Michael Bloomberg and Boston Mayor Thomas Menino appeared in an ad sponsored by Mayors Against Illegal Guns promoting reforms they say would keep guns out of criminals’ hands. Many other mayors and police departments across the country are working to reduce gun violence in their communities by focusing on comprehensive approaches, ranging from prevention to prosecution.

“It’s productive to come at a problem from two or three different angles,” says Gary Slutkin, executive director of Chicago-based CeaseFire. The CeaseFire program began in 2000 in one Chicago community and reduced shootings by 67 percent in its first year. It now has spread to other major cities, including Philadelphia; Kansas City, Mo.;and Baltimore, which last year received a three-year, $2.2 million grant from the U.S. Department of Justice for the program.

The model aims to prevent shootings by using people with a history on the streets, called “interrupters,” who detect when violence might occur and help to calm the situation. Outreach workers also try to change the behavior of at-risk individuals.

“Whatever approach you take has to be consistent, comprehensive and focused,” says Chuck Wexler, executive director of the Washington-based Police Executive Research Forum (PERF). PERF recently conducted a survey of 270 law enforcement agencies regarding their gun enforcement programs and found that submitting information on felons with guns to the U.S. Attorney’s Office for prosecution was most consistently effective.

Minneapolis in 2010 implemented Project Exile, a partnership between the police department, the Hennepin County Attorney and the U.S. Attorney’s Office, to prosecute repeat gun offenders. The Minneapolis Police Department also recently started using predictive analysis to determine where shootings are likely to occur. By thoroughly recording and examining a variety of information — including data from arrests, home foreclosures and a gunshot detection system from Mountain View, Calif.-based ShotSpotter — the department is identifying the likely locations of future violence to help prevent incidents.

“This year we have had a lukewarm winter where we should have seen more [gun-related] activity,” says Minneapolis Police Chief Tom Dolan. “Fortunately, we haven’t.”