We need to prepare for the next several years by assessing our cities' and counties' economic viability because that affects the states as well as the country. 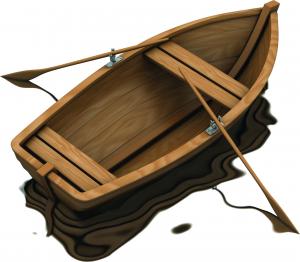 If I blanched when my hometown, Columbus, Ga., was chosen as the “brokest city in America” late last year, I was shocked to find that Atlanta — home for most of my life — has the nation’s highest level of income inequality. So, here’s a suggestion: If I decide to move to your town, send the state patrol to meet me at the border.

What isn’t funny, though, is inequality in America, which is a subject being sliced and diced endlessly today. However, rather than focus on quantifying the problem, we should address the results that economic inequality has had on our cities, counties and states.

In headier times, a growing inequality of another kind was the concern — communities had to create an environment that would entice America’s best and brightest to move there. Remember Thomas Friedman’s “The World is Flat” scenario? Talented people can live anywhere, even India and China, and compete with Americans for jobs.

Now that both the world and jobs are flat, we need to prepare for the next several years by assessing our cities’ and counties’ economic viability because that affects the states as well as the country. One study that touches on such an assessment measures how well our local governments are performing. “The Best and Worst Run Cities in America,” which you can find on our Facebook page, was published by 24/7 Wall St. and ranked 10 cities in each category. The judges factored in crime and poverty rates, percentage of high school graduates and credit ratings.

The study’s authors say that the best-run cities “either have a booming industry or are near other major urban areas that create employment opportunities.” They conclude that the study “demonstrates that encouraging businesses to prosper and create jobs is the most important function of local government.”

Certainly, economic development is critical to the success of a community, but there are too many other factors that affect a local government’s ability to move the needle in the right direction, including the viability of its tax base. It was no surprise that six of the 10 best-run cities are residential communities near large metropolitan areas. In other words, the most successful cities have a higher concentration of economically successful residents, many of whom work in the city and take themselves and their paychecks to the suburbs.

Neither government nor business should be solely responsible for pulling America out of the ditch; recovery should be a joint effort between the public and private sectors. For example, local governments should offer businesses financial incentives, and the federal government should create financial incentives to encourage the private sector to invest and participate in rebuilding local infrastructure. In the short term, jobs will be created and communities will become more livable, enticing businesses to locate there. In the long term, our cities and counties will have a more sustainable future.

In the end, recovery begins and ends in cities and counties because if their tides rise, then all boats will rise with them.

Bill Wolpin is editorial director for American City & County. Send him an email at [email protected] or add your thoughts in the comment section below.