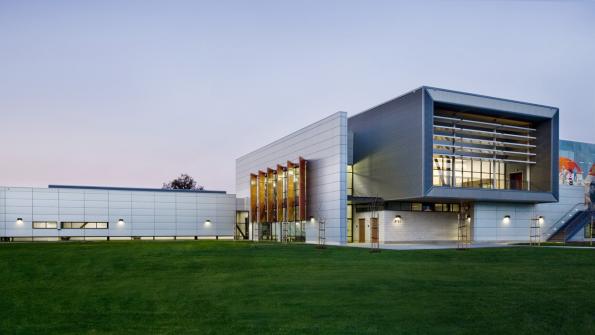 Green building includes amenities for all ages and abilities

After San Francisco’s 2012 Olympics bid failed in 2002 and dashed plans to build an Olympic training center in Oakland, Oakland leaders moved ahead on their own plans to build a sports center to replace an outdated facility near a low-income neighborhood. City leaders wanted a destination venue with a variety of fitness and recreation options accessible to nearby residents.

Oakland contracted with Berkeley, Calif.-based ELS Architecture and Urban Design to create the East Oakland Sports Center, a 25,000-square-foot facility that opened in June 2011. Located in William Patterson Park, the building includes a natatorium, a dance and aerobics studio, a fitness center, locker rooms, and a learning/media center. Future phases will add a two-court gymnasium with a suspended running track, a competition pool, and soccer and baseball fields.