Fluoride: Why is it in the water?

A look through the American City & County archives reveals the early history of the practice of adding small amounts of fluoride to public water supplies. 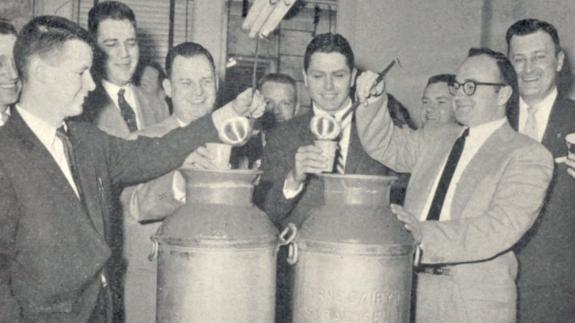 Starting in the 1930s, readers of The American City followed news about the effects of fluoride in water supplies in the pages of the magazine. The magazine’s early reports offered methods for removing fluoride, which naturally occurred at high levels in some communities’ water supplies and damaged residents’ tooth enamel. By the 1940s, the magazine’s reports about fluoride showed the benefits of adding the element in controlled low doses as a way to improve residents’ dental health.

The fluoridation of public water supplies in New York State started in Newburgh in 1945 in a 10-year study by the New York Department of Health that compared the dental health of Newburgh children with those of Kingston, N.Y., who did not have fluoridated water. Results of the study showed a 58 percent reduction in dental decay among children who had been drinking fluoridated water all their lives, according to a January 1956 report in The American City.

Similar positive results were recorded in a 10-year study in Grand Rapids, Mich., that began in 1945. According to a December 1955 report in the magazine, the unfluoridated control community in that experiment, Muskegon, stopped being the control six years into the study, demanding the same benefits of fluoridation for its residents that Grand Rapids was recording.

By November 1956, the magazine reported that roughly 1,100 municipalities were adding fluoride to their water, but 42 communities had started and stopped the practice. The Syracuse, N.Y., Bureau of Municipal Research surveyed those cities to determine why they had stopped and found, “In nearly every case, respondents pointed to a small, organized vocal public minority.” One respondent said there was “a fear psychosis” in the community, and another reported an “opposition party arose that not only blocked fluoridation, but also resisted school improvements, defeated the formation of a hospital district, and smeared individuals in the city administration.” One city’s leaders that stopped fluoridation in response to a petition were nevertheless voted out of office during the next election.