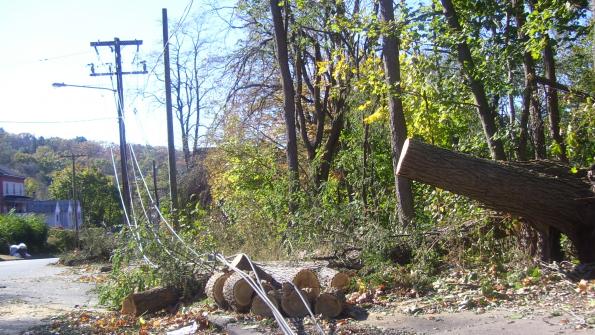 The key to getting federal aid for disaster recovery

Hurricanes, tornadoes, floods, earthquakes and unprecedented storms did not go easy on overburdened state and local governments this year. As a result, many communities turned to the Federal Emergency Management Agency (FEMA) to obtain federal funds for disaster relief and learned, sometimes the hard way, getting those coveted dollars depends heavily on proper documentation.

In Connecticut, a late-October nor’easter downed trees, tangling and pulling down power lines, blocking roads, and leaving more than 800,000 residents without electricity for up to 10 days. Following the storm, Governor Dannel Malloy requested a major disaster declaration from President Obama that would make cities eligible for up to a 75 percent reimbursement for labor and equipment costs for debris removal.

When the declaration came through mid-November, municipal leaders rushed to hire outside contractors to assist their own crews in tackling the massive debris cleanup. “There wasn’t any Army Corp of Engineers or FEMA model to estimate brush removal costs, and when we tried to estimate yardage and material costs ourselves, we found out we were way off,” says Fred Shaw, superintendent of pollution control for South Windsor, Conn.

The town turned to two seasoned contracting firms with state contracts that had not only the specialized debris pickup equipment that the town lacked but also the expertise in working with FEMA to properly monitor and document the volume of material collected and disposed. “The monitoring people were out there right behind the bucket trucks with camera crews recording data and typing in GPS coordinates,” Shaw says. “We learned how important it is to have properly trained personnel with a system for monitoring. Accountability is key when you are looking for reimbursement funds.”

In Louisa County, Va., where a 5.8-magnitude earthquake in August damaged nearly 1,000 homes, emergency management personnel were surprised to learn FEMA originally nixed a request for federal aid to individuals who experienced losses from the quake. “On the public infrastructure side of the equation, there’s a formula that determines whether aid will be given, but it’s less clear for individuals,” says Bob Spieldenner, director of public affairs for the Virginia Department of Emergency Management.

Speildenner says that typically FEMA personnel will visit the affected area to see the worst damages, and that preliminary assessment is what drives their decisions. In Louisa County’s case, the nature of the damages were not easy to see, and the preliminary assessment found the numbers for damages did not rise to the level for federal dollars.

An appeal from Governor Bob McDonnell, which included a county-created database with information on damages to foundations and chimneys from aftershocks and rain events, resulted in a change of heart from FEMA, and the county was approved for federal funds. “If we are slow to ask FEMA for help, the perception is that we don’t need it so badly,” Spieldenner says. “But you really have to take the time to do the proper documentation. The better, more visible the information provided, the better chance you have of getting approved,” he says.