The U.S. Conference of Mayors recently urged the Senate to approve Cordray’s nomination. 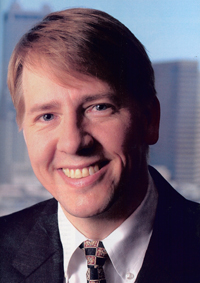 U.S. Senate Republicans yesterday blocked the nomination of former Ohio attorney general Richard Cordray to serve as the head of the new Consumer Financial Protection Bureau (CFPB). A total of 53 senators voted to end debate on Cordray and put his nomination to a vote; however, 60 votes were required for the nomination to move forward.

In a Bloomberg Businessweek report, President Obama was quoted as saying that he is “not giving up” on Cordray’s nomination. “We are going to keep going at it,” Obama said. According to the article, the president told reporters that his administration “won’t take any options off the table” when asked if he would consider using a recess appointment to place Cordray, a former treasurer of Franklin County, Ohio, and American City & County’s 2005 County Leader of the Year, at the head of CFPB.

The U.S. Conference of Mayors recently urged the Senate to approve Cordray’s nomination. Senate Republicans have fought Cordray’s nomination in part because they believe the new agency would not have enough accountability to Congress and they would also rather see the agency governed by a five-member board instead of a single director.

For more background on Cordray’s nomination, see this article from American City & County.