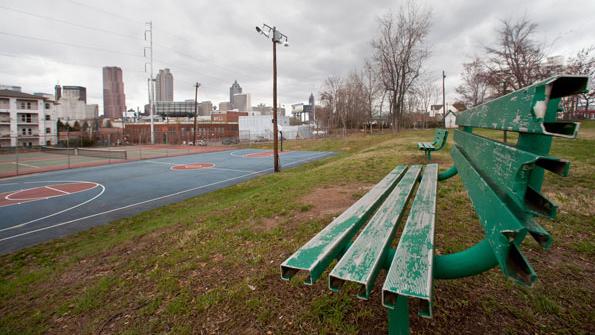 Park directors expand their use of volunteers, launch new programs and more to maintain parks in tough financial times.

Park directors are calling on their creativity and business savvy to weather the recession. Many are expanding their use of volunteers, launching new programs and collaborating with local businesses to generate new revenue and maintain parks in tough financial times.

In Ohio this year, the Cincinnati Park Board found a way to support its grounds keeping efforts after the park budget fell from about $4.4 million in 2010 to $3.9 million in 2011, says Ruthann Spears, manager of the Cincinnati Parks Explore Nature Program. "One of the big things we did last year was that anything that wasn't endowed as a flower bed, we didn't plant," Spears says. "We probably didn't plant about 100 of our flower beds."

Also, in April, the Park Board launched "Give a Day – Get a Game" to recruit local volunteers to help beautify the parks. About 7,000 volunteers each donated four hours of labor, planting flower beds and clearing away brush from walking trails in exchange for tickets to one of four Cincinnati Reds games, Spears says. "We maintained the parks so well to the point where I think that a lot of our constituents don't realize that we were in dire straits with the budget because the parks look so good," Spears says.

In August, Cincinnati Parks launched "The Dog Days of Summer." For $25, pet owners gathered each Saturday to hear lectures by local pet experts and to take their dogs through an agility course and on hikes. The course sold out, Spears says.

Some parks are cashing in on food trucks — mobile kitchens that sell high-end meals. Sonoma County, Calif., Regional Parks, which suffered a 25 percent budget cut this fiscal year, introduced its Park-n-Eat Program this summer. For a $25 fee and 10 percent of their profits, six food truck vendors sold meals, from Mexican and Indian food to crepes, every Tuesday at Spring Lake Park. The monies raised went to pay for scholarships for an environmental educational program, says marketing director Mary Clemens. "We had groups of people who came to the park with their wine and baskets and blankets and really enjoyed the food trucks," Clemens says. Park-n-Eat raised about $8,000, she says. The program ran through October.

Has your parks department launched any new revenue-generating programs recently or made any other creative changes to save money? Share your ideas in the comment box below.