Cities across the country are experimenting with new ways to use social media and other tech-friendly methods to engage citizens in local issues. 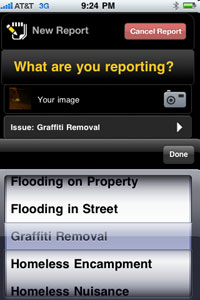 Cities across the country are experimenting with new ways to use social media and other tech-friendly methods to engage citizens in local issues. Through forums, contests and social media applications, cities are making government more accessible to the public.

In August, Chicago Chief Information Officer (CIO) Jason DeHaan and his staff created an online forum, Chicagobudget.org, to generate ideas about the 2012 city budget. “Historically, it’s been difficult for some residents to find time to interact with government,” DeHaan says. “With [online] forums, they can take part in a discussion from home, in the middle of the night. It doesn’t require showing up at a given place and time.”

In two months, more than 2,500 ideas were posted on Chicago’s budget forum, which generated 6,700 comments, and more than 5,900 votes were cast on the proposals. “City residents are stakeholders,” DeHaan says. “They ought to weigh in on how government should run.”

New York also is looking to new forms of social media to gather public input. The city has launched NYC BigApps 3.0, a software and app development challenge that will allow residents to access more than 500 unique data sets about the city, ranging from street cleaning schedules to the species of trees on the city streets. “We let citizens tap into the data in ways they think are relevant,” says Carole Post, commissioner at the New York Department of Information Technology and Telecommunication.

One of the most successful apps developed during previous BigApps competitions is MyCityWay, an app that allows users to navigate the city, finding locations such as restaurants and WiFi hotspots, as well as live traffic information. The app has since expanded from New York to 17 other cities around the world. “[BigApps is] a two-way conversation, and it’s the manner in which [the citizens] want to be served,” Post says.

DeHaan and Post are members of the Group of Seven (G7), a group of CIOs who came together in March 2010 to collaborate on various projects. The other G7 members are San Francisco, Los Angeles, Washington, Boston and Seattle, and the group also recently added Baltimore and Philadelphia. As they do with most of their major projects, the G7 members work together to discuss their social media projects and their results.

For example, the group originally came together to develop the Open311 API, which expands the web and mobile channels through which residents can communicate with cities’ 311 services. The cities have been working together on implementing Open311, and coordinating the types of data and issues the program will track. Three of the G7 cities already have the program, while New York and the others are working on implementation. “Individually, we each have to put in a financial and human resource investment,” Post said. “Together, we are building things once, developing things once, and promoting things on a universal basis.”