Editor’s Viewpoint: The ‘hang in there, baby’ economy

The protests from the middle class are the results of knowing the system isn’t working for them. 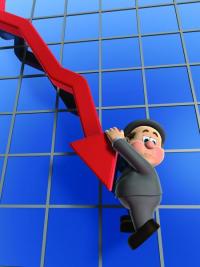 America works just fine until it stops working for you. We wouldn’t be having tea parties, pitching tents in the streets and blaming rich people if tens of millions of us weren’t concerned about our futures. By the way, I’m convinced there’s no future in blaming people who make more money than me. I don’t resent them or even envy what they have (OK, maybe their cars and beach homes), but I understand why so many people do.

While most Americans in the past 40 years viewed education and hard work as their road to secure the middle class package plan (home ownership, retirement funds), they discovered their investment didn’t yield the expected return. Meanwhile, the super rich — who have political, social and economic power — have become large and convenient targets. Consider the stunning increase of their income reported by the Congressional Budget Office in late August: “For the 1 percent of the population with the highest income, average real after-tax household income grew by 275 percent between 1979 and 2007.” That compares to roughly a 40 percent growth rate during the same time for a majority of Americans (60 percent). Living at the summit of that 1 percent are the 400 wealthiest Americans who now possess more net worth than the bottom 150 million citizens combined.

The concentration of wealth at the top of the Israeli food chain resulted in an Occupy Wall Street-type outbreak in August, when reportedly 300,000 people marched to protest the economic inequality that has developed in that country. According to a Bank of Israel report, 10 businesses account for 30 percent of the economy and use that clout to borrow money to create an intricate web of other businesses designed to keep competition at bay. The prime minister quickly created several committees to recommend policies to offer average families some economic relief as well as regulate those companies from becoming monopolies in their industries.

If you ask Boomers or their highly educated, under-employed children why they are members of the Tea Party or marching in the streets, you would get dozens of answers. However, the sentiment boils down to this: Their lack of jobs and retirement security tells them that the system isn’t working for them the way it does for those wealthy or powerful enough to have some control of it. And, feeling like they are just hanging on, they want to see changes to the economic game’s ground rules — because at the very least, they suspect those rules are rigged against them.