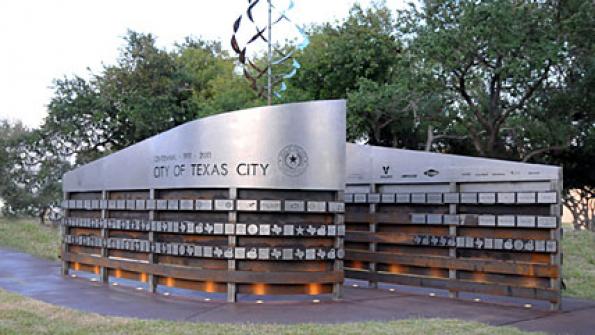 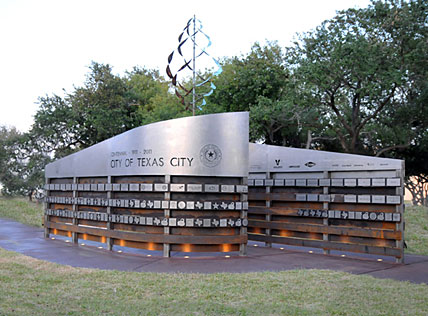 Texas City, Texas, a sea-side community located 45 miles southeast of Houston and just northwest of Galveston Island, has been busy this year celebrating 100 years since its incorporation in September 1911. More than 30 events were held throughout the year to mark the anniversary, including parades, dances, Mardi Gras and banquets. The celebrations concluded in September with a three-day “Centennial Celebration” finale, during which the city unveiled its newest monument, the Centennial Wind Sculpture.

Built in the shape of the weather symbol for a hurricane, of which the Gulf Coast community has survived many, the 30-foot-long stainless steel walk-through structure features a tall wind-catcher in the middle that is nearly always in motion. Designed by local architect Joe Hoover and constructed by local industrial fabricator Tennille, Inc., and city crews, the monument is surrounded by city hall, a convention center, a natatorium and a park.

The monument’s curvilinear walls are made of COR-TEN strips, which rust to an orange color and become stronger. Along the walls are plaques that feature the names of former city officials as well as commemorative displays purchased by residents and businesses to help fund the monument’s construction.