The use of tax increment financing programs, originally created as a tool to help revitalize neighborhoods, should be restrained and focused, according to a new report from the U.S. Public Interest Research Group. 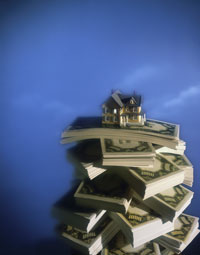 Tax increment financing (TIF) programs were created as a tool to help revitalize neighborhoods when other sources of investment are hard to find, but lately they have become an “all-purpose subsidy for developers,” say the authors of a new report from the Washington-based U.S. Public Interest Research Group (USPIRG). The report suggests several ways in which the use of TIFs can be restrained and refocused so that they are more effective, including ensuring that they are only temporary and placing caps on the amount of land in a city that can be included under a TIF arrangement.

Forty-nine states have legalized TIFs, according to the report, “Tax-Increment Financing: The Need for Increased Transparency and Accountability in Local Economic Development Subsidies.” The deals divert future growth in the tax base from a prescribed area toward special development projects over many years. Sometimes school departments and other public structures then must then be financed from a narrower tax base. “It’s not hard to understand why municipal officials like a sudden infusion of cash and developers want subsidies, but localities need to ensure that these tools are closely targeted with long-term needs in mind,” said Phineas Baxandall, USPIRG’s senior analyst for tax and budget policy, in a statement.   The report makes a number of recommendations for stronger guidelines to ensure TIFs become more targeted, transparent, accountable and democratically governed. The suggestions include:

• TIFs should be used only to advance a specific development strategy in limited areas.
• TIFs should be made as temporary as possible, with unspent funds promptly returned to the general budget if left unspent after a certain number of years.
• States should place caps on the percent of a municipality’s land that can be placed under TIF agreements.
• TIFs should be conducted through a fully open and democratic process, with information about the projects placed online.
• TIFs should be accompanied by clear, measured benchmarks for the responsibility of developers.