Counties appear to be settling into the "new normal" of lower revenue, staffing and service levels, according to a new National Association of Counties survey. 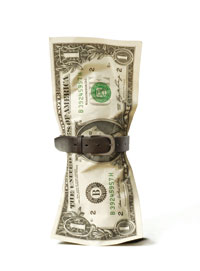 Counties of all sizes appear to be settling into the “new normal” of lower revenue, staffing and service levels after years of revenue losses suffered during the recession, according to a new survey from the Washington-based National Association of Counties (NACo). The new survey shows that counties are continuing to make difficult budget decisions and are still scaling back or deferring certain activities.

Although most financial analysts believe that the recession ended more than a year ago, NACo’s “Coping with the New Normal: An Economic Status Survey of Counties,” released Thursday, found that lingering drag in the recovery is forcing counties to make more severe or long-term spending adjustments to try to adopt balanced budgets and still maintain mandated service levels. “As a result of the slow economic recovery, counties appear to be settling into the ‘new normal’ of revenue, staffing and service delivery levels,” said NACo Executive Director Larry Naake in a statement.

The survey found that 35 percent of the 233 counties that responded had adopted balanced budgets this fiscal year with no anticipated shortfalls. More than half of responding counties (51 percent) reported that declining revenues from the state and federal government were the No. 1 contributor to their shortfalls. Two-thirds of responding counties reported employing fewer workers this fiscal year as compared to the number of county employees in fiscal year 2010.

The budget cuts and staffing adjustments, the survey shows, have touched nearly every aspect of county government services. Planning, zoning, engineering, surveyors and code enforcement saw the most reduction, with 46 percent of respondents saying those services had seen some cuts. Other departments affected included:

Download the complete version of “Coping with the New Normal.”