An Illinois sheriff's records clerk sent a request to fix a deputy's son's speeding ticket to the wrong number — the local newspaper. 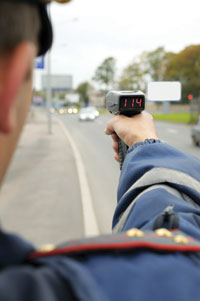 Usually, newspaper reporters have to put in hours of investigation to uncover a public scandal. However, in early October, the news literally fell into the lap of staff at the Belleville, Ill., News-Democrat when a records clerk for the county sheriff’s office mistakenly faxed a request to dismiss a deputy’s son’s speeding ticket to the newspaper, according to the News-Democrat.

Clerk Joann Reed tried to use a St. Clair County, Ill., Sheriff’s Department fax machine to send a copy of a ticket issued by Centreville, Ill., police to that village’s attorney with a handwritten note saying, “Dismiss this case. The guy is the son of one of our deputies.”

When the newspaper confronted her about the fax, Reed simply responded, “Guilty. Period.” But, she insisted she lied about the ticket being for the son of a deputy, saying it was actually a college student she was trying to help out of the $175 fine. The News-Democrat reported otherwise, saying reporters discovered the Aug. 18 ticket for going 23 miles per hour over the speed limit was issued to a deputy’s son.

Even if Reed had not made her grievous dialing error, Centreville’s village attorney, Carmen Durso, said he could not have fixed the ticket because he can’t dismiss violations of state law, such as speeding tickets, according to the News-Democrat. Furthermore, the county’s top prosecutor, Brendan Kelly, said his office received no request to dismiss the ticket and “the decision to charge or dismiss rests solely with my office, and that decision can’t be based on who you know or who your mother is,” according to the newspaper.

Meanwhile, Reed’s boss, Sheriff Mearl Justus, told the News-Democrat that he would “find out what [the case is] about” and then consider disciplinary action. “I’ll look at the whole thing. I’ll take some action,” he said.