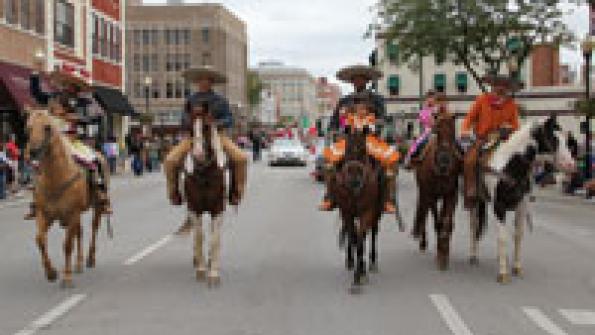 The Hispanic population is growing more rapidly than other segments of the U.S. population, according to U.S. Census Bureau data released in May, so a growing number of local governments are working to integrate Latinos into their communities. Many cities are establishing liaison offices, improving communication with law enforcement, helping immigrants learn English, and creating programs and events that help all residents embrace cultural diversity.

Latinos are not integrating as well as Asians, blacks and non-Hispanic white immigrants, according to the Washington-based Migration Policy Institute’s report “Immigrants in the United States: How Well Are They Integrating into Society?,” which was published in May. The report says Hispanics’ progress — while occurring — has been slower in the areas of English proficiency, income, education, homeownership in integrated neighborhoods, legal status, voter registration and intermarriage.

Lack of integration can lead to a general feeling of not belonging and, therefore, a lack of participation in the political process and community activities, according to the Washington-based National League of Cities’ (NLC). “Municipal Innovations in Immigrant Integration” report. The points out that immigrants sometimes become victims of crimes and, if they are undocumented, often fail to report the crimes for fear of being deported. Also, because immigrants may not know their tenant and property rights, landlords and others in the housing industry can take advantage of them. They also might not receive community messages about mental and other health issues and how to be screened and treated for them.

Having a plan to help immigrants integrate into the community is key to overcoming the hurdles that the Hispanic community is facing, says Ricardo Gambetta, NLC’s manager of Immigrant Integration Programs. To aid struggling cities, NLC is supporting the creation of New American Citizens’ Academies in several cities to help new residents who are going through or who have recently completed the naturalization process learn about the local government. NLC also encourages local governments to work with state agencies, provide input to the federal government regarding a nationwide strategy on immigration, create mayoral advisory boards on immigration issues and ensure that any plan includes a strategy across all agencies.

Cities need to tailor their approaches to integrating Hispanic residents based on those residents’ specific needs, Gambetta says. “Every city is different and unique,” he says. “The issue is complex, and we focus on promoting city engagement. We believe cities are integral in the integration of immigrant communities.”