To love, cherish and ticket

For one New Jersey police chief, the call to duty meant imperiling his own domestic tranquility after ordering one of his officers to ticket his wife for double parking. 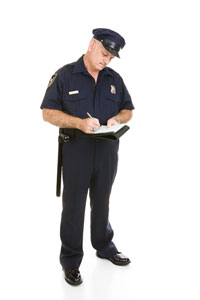 For an officer of the law, sacrifice in the line of duty is part of the job description. For one New Jersey police chief, that meant imperiling his own domestic tranquility after ordering one of his officers to ticket his wife for double parking, according to the Associated Press (AP).

Lodi, N.J., Police Chief Vincent Caruso’s wife, Paula, had just dropped the couple’s 5-year-old son at school in September when one of Caruso’s officers noticed the violation. The officer reported the incident to the chief, who then gave the approval for the citation. Chief Caruso told local media that he didn’t want his wife to get any special treatment because of who she is, according to AP. The chief paid the $54 ticket, just as he had done before.

That’s right, it wasn’t the first time Paula Caruso violated the city’s traffic laws. The chief ordered another officer to ticket her two years ago after she forgot to move their vehicle for street cleaning. The chief also told the local newspaper he loves his wife, and she’s very busy driving their four sons around.