Californians will retain their right to choose whether to circumcise their sons, thanks to a new law passed in response to a proposed referendum in San Francisco to prohibit the genital clipping. 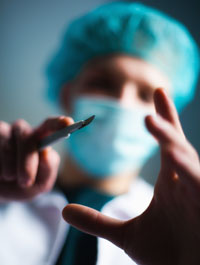 Californians will retain their right to choose whether to circumcise their sons, thanks to a new law passed in response to a proposed referendum in San Francisco to prohibit the genital clipping. However, the courts already have blocked that ballot measure, which was sponsored by anti-circumcision activist Lloyd Schofield.

In July, Superior Court Judge Loretta Giorgi struck down the referendum, saying it violated a California law that makes regulating medical procedures a function of the state, not cities. However, state Assemblyman Mike Gatto (D-Los Angeles) decided extra legal protection was needed. “To enact an outright ban on an expression of personal, medical, and religious freedom is an affront to me and a majority of Californians,” Gatto said. “Such municipal measures are an improper, frivolous use of the initiative process, and would result in a confusing patchwork of regulations across the state that would leave many Californians feeling unwelcome in certain cities.” A similar ballot initiative in Santa Monica has been abandoned, according to Gatto’s office.

The legislation, signed by the governor Sunday, states that no local jurisdiction shall enact a law prohibiting circumcision or a parent’s right to choose the procedure for their sons, according to Gatto’s office. The bill contains an urgency clause that would allow it to take effect immediately after passage.

Gatto said many studies indicate that circumcision has a wide variety of health benefits, including reduced transmission of HIV, and for that reason many medical practitioners recommend the procedure. Also, the practice is a significant aspect of the Jewish and Muslim faiths, as well as some Christian sects, Gatto’s office said.