A legislative compromise in California may require Amazon and other Internet retailers to collect sales taxes starting next year. 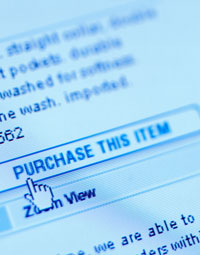 A previous law passed by the legislature and signed by Gov. Edmund Brown in June affirmed that out-of-state online retailers like Amazon must collect sales tax. The new law, AB 155, delays those tax collection obligations to give online companies time to seek an alternative national solution. In exchange for the additional time the new bill provides, Amazon has pledged to create at least 10,000 full-time jobs and hire 25,000 seasonal employees in California by the end of 2015. Amazon’s actions are expected to generate an estimated half-billion dollars of capital investment in California. Amazon also will drop its referendum challenge to the law approved in June.

Brown signed AB 155 Friday. A prolonged, costly ballot battle is a benefit to no one,” Brown said in a statement. “This landmark legislation not only levels the playing field between online retailers and California’s brick-and-mortar businesses, it will also create tens of thousands of jobs and inject hundreds of millions of dollars back into critical services like education and public safety in future years. It’s time for Washington to follow our lead and forge a bipartisan national solution.”