Increased buying activity as the federal fiscal year winds down

The federal government’s fiscal year ends next Friday, Sept. 30, and Govpro sniffed around to see if federal contracting activity is increasing as the fiscal year draws to a close. According to an estimate from American Express OPEN, federal agencies could spend an estimated $120 billion in the last quarter this fiscal year. 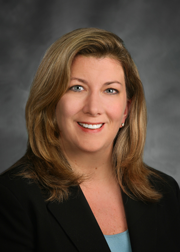 The federal government’s fiscal year ends next Friday, Sept. 30, and Govpro sniffed around to see if federal contracting activity is increasing as the fiscal year draws to a close. According to an estimate from American Express OPEN, federal agencies could spend an estimated $120 billion in the last quarter this fiscal year.

On its blog, DLT explains: “For a lot of federal IT procurement folks, September signals a rush to exhaust the current year’s budget. The ‘use it or lose it’ mentality takes over and agency officials look to spend what’s remaining of last year’s fiscal funding as well as guarantee a healthy future budget. The end-of-year feeding frenzy is alive and well in the federal government, which for DLT means in September, we’re running on all cylinders.”

DLT’s efforts appear to be paying off. Last year, almost 20 percent of DLT’s fiscal-year sales were brought in during September.

Diane Denholm, who spent 10 years working at a federal agency as a contracting officer’s technical representative, sees increased federal buying through Sept. 30, thanks to all of the budget debates in Congress. “I think that federal contracting spend is really pent-up, and so I think everyone is expecting on the vendor side, a big uptick in the amount of purchases.” Denholm, who is a vice president at Atlanta-based consultants, North Highland, has seen more activity on federal contracting sites such as FedBizOpps and the eBuy system for the General Services Administration’s Multiple Award Schedule and technology contracts.

For vendors who want to sell to federal agencies, Denholm advises: “Make it easy for the government to make the award to your firm. The contracting offices are super-busy. If you put together a proposal that is not well organized, that is not clear, concise and to the point, and doesn’t provide the requested information, you are making it very easy for them to award the contract to somebody else. Just get to the point of what they’ve asked for. Make it nice and easy to read and well-organized.”

As the federal fiscal year enters its final week, Elvis Oxley, president of Washington-based Oxley Consulting, isn’t seeing a surge in federal buying activity. “Despite it being the first year in a long time during which we are not under a Continuing Resolution, we have not seen a considerable uptick in solicitations.

“We anticipate that during this coming week we will see a greater number of request for proposals released, because technically, as long as agencies initiate the process during the present fiscal year, they can award contracts in the next fiscal year with last year’s dollars.”
Oxley says the stress is apparent at federal agencies that his firm works with. “The contracting offices at several agencies continue to be under significant strain due to lack of seasoned staff. This bottleneck is making it difficult for contractors to initiate work on projects that ostensibly could put a little dent into the jobless figures.”