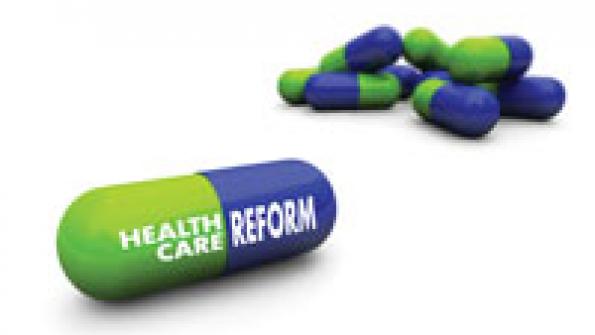 Rhode Island has taken a step toward the federal Patient Protection and Affordable Care Act by establishing a health benefits exchange.

Rhode Island has taken a step toward the federal Patient Protection and Affordable Care Act (PPACA) by establishing a health benefits exchange. The exchange is intended to serve as a marketplace for health insurance for individuals, families and small businesses.

On Monday, Gov. Lincoln Chafee issued an executive order to establish the Rhode Island Health Benefits Exchange. Chafee also appointed the public members of the exchange board, including former U.S. Attorney Margaret "Meg" Curran as chair, that will recommend design and policies for the exchange. The exchange, the construction of which is expected to be financed by federal funds that the state will apply for at the end of September, is scheduled to start enrolling Rhode Islanders in health insurance by late 2013. "The exchange will give more Rhode Islanders access to affordable health coverage," Chafee said in a statement. "There are still many decisions to be made about the specific details of how the exchange will work."

Chafee's executive order includes a strict conflict of interest provision for exchange board members. The order also creates an advisory council that will include insurers, brokers and medical providers, who are otherwise prohibited from board membership. The first meeting of the exchange board will be announced soon.