A total of 151 cities and towns have been named 2011 Playful City USA communities for their efforts to increase play opportunities for children. The national non-profit KaBOOM! selected the cities as part of its program to help local governments ensure that youngsters have the time and space they need to play. 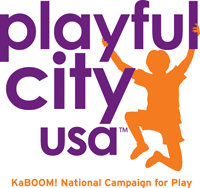 A total of 151 cities and towns have been named 2011 Playful City USA communities for their efforts to increase play opportunities for children. The national non-profit KaBOOM! selected the cities as part of its program to help local governments ensure that youngsters have the time and space they need to play.

The 151 communities honored range in size from five-time honorees such as Atlanta and San Francisco to first-time recipient Gypsum, Colo. (population 4,000). The winning communities, which are based in 38 states and one territory, are developing local action plans to increase the quantity and quality of play within their borders.

This is the fifth year of the annual program, which was started in 2007. A total of 19 communities received recognition for the fifth consecutive year, while 24 earned honors for the fourth time, 29 for the third time, 30 for the second time, and 49 claimed their first Playful City USA designation. 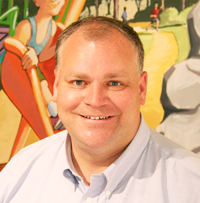 For the fourth consecutive year, Florida paced the nation with 20 honored communities. California earned second-place with 14 communities, after sharing runner-up honors with Arizona in 2009 and 2010. Arizona finished third with 11 winning communities.

A press release announcing the winning communities noted that, “Today’s children spend less time playing outside than any previous generations, in part because only 20 percent live within walking distance of a park or playground. This Play Deficit is having profound consequences for kids physically as well as mentally and socially because children need a place to play every day in order to be active and healthy.”

The honored communities are eligible for grants from Let’s Play, a community partnership led by Dr Pepper Snapple Group to get youngsters active nationwide. The first Let’s Play initiative is a $15 million, three-year commitment to KaBOOM!. The Let’s Play group and its sponsors will build or fix 2,000 playgrounds by the end of 2013, benefiting an estimated 5 million children across North America.

Recipients of 2011 Let’s Play grants will be announced on Monday, Sept. 19. A total of 103 grants worth $2.1 million are available to Playful City USA-recognized cities and towns between 2011-13.

Washington-based KaBOOM! is a national non-profit group dedicated to saving and encouraging play. KaBOOM! has mapped more than 85,000 places to play, built more than 2,000 playgrounds, and advocated for play policies in cities across the U.S. KaBOOM! provides communities with online tools to self-organize and take action to support play on local and national levels.