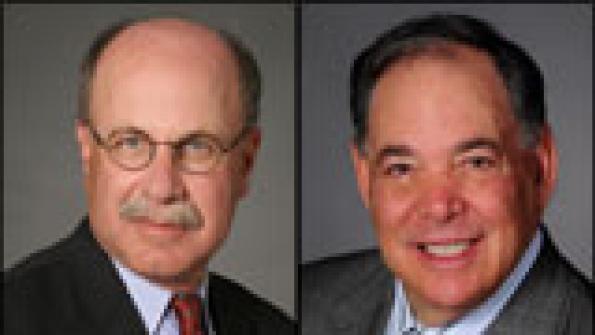 Viewpoint: The time is now for making hard choices

Cities and counties are struggling to meet payrolls and maintain the level of essential services that their constituents expect, and many continue to face significant shortfalls in expected revenues. Unfortunately, states find themselves in similar financial straits that greatly affect their ability to provide economic support and services to desperate cities and counties.

The significance of the situation has resulted in cities and counties, for the most part, reducing or eliminating the issuance of new bonds this year, which has partially contributed to a rise in the price of existing bonds. According to “Thompson Municipal Market Monitor,” California — once known for its ongoing issuance of new bonds — has exited the market completely. In Florida, new municipal bond issuance has dropped by 61 percent; Illinois issuance has fallen by 55 percent; and in Puerto Rico, issuance has plummeted by a staggering 76 percent. In the first quarter of 2011, municipal bond issuance was the lowest in 11 years and down 44 percent from 2010.

Despite the bad news, there have been relatively few municipal bankruptcies, but the financial relief most local leaders are hoping for likely will not come soon. State tax revenues most likely will not recover to their peak until 2013, according to RBC Capital. And, any gains in state revenues have the potential to be offset by cuts in federal disbursements, which currently account for 15 percent of state budgets.

The financial crisis has placed incredible pressure on officials running counties, cities, towns, local utilities and school districts. Most of these officials lack experience dealing with a financial crisis of this magnitude. In prior years, bond issues or tax increases solved the problem. Now, without those options, many municipal leaders are in over their heads.

Trying to solve today’s local government shortfalls takes creativity and out-of-the-box thinking. Once the obvious budget adjustments are implemented and tax revenues are maximized, many officials are at a loss for the next move.

Exploring “regionalization” options by combining or sharing school systems and police and fire departments among neighboring jurisdictions provides an obvious benefit in theory, but it is one that rarely occurs in practice. Pride in citizenship results in many residents feeling emotional about their town’s services. They maintain that their schools and police are better than those in neighboring towns, thereby eliminating the basis for any cooperation. Rare is the mayor, town council or school board that is willing to fire the school principal, police chief or water commissioner and deal with the resulting backlash, even if it is the appropriate, cost-effective move.

The days of passive local financial management have passed. Instead, aggressive, proactive local leaders are needed to develop and implement plans to keep cities and counties fiscally responsive and as financially healthy as possible.

All options should be discussed, and the ramifications of implementation should be objectively assessed and compared against the cost savings potentially generated. Basic evaluations should include the following actions:

• Full budget reviews must be implemented for all independent but government-owned entities, including schools, safety and public works departments.
• Potential reassessment of the entire community and reapportionment of taxes should temper individual tax appeals. This may be expensive but could result in a significant savings.
• Tough subjects, such as challenging collective bargaining agreements or termination of long-time town employees, need to be vetted.
• All government-owned real estate should be evaluated, appraised and considered as a possible revenue generator. The legal implications of such actions need to be discussed and weighed against the potential result.
• All government services need to be evaluated as to the potential for third- party outsourcing or service-sharing agreements.
• All contractual agreements need to be reviewed and re-bid where appropriate.
• A corporate mentality as to new ways to generate revenue must be implemented.

Pre-emptive strategic financial management has not been in the vocabulary of most local governments. This year’s budget is the only focus, and little, if any, discussion is ever had regarding future expenditures and revenue potential. Reaction to financial problems often comes late and is insufficient, leaving officials struggling for solutions.

But, local governments without a plan are akin to rowing a boat with one oar: you can stay afloat for a while, but you will never get anywhere. Business as usual is no longer appropriate.