As the curtain comes down on the federal fiscal year on Sept. 30, Neil Gordon, owner of Chestnut Ridge, N.Y.-based Decorating with Fabric, will do what he always does to land last-minute federal business. “It all comes down to networking — getting out there, meeting prospects, getting business cards and capturing e-mails. About 95 out of 100 jobs I get are from relationships, and that’s for all types of business, and government contracts are no different.” 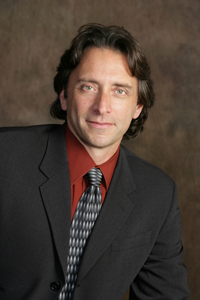 As the curtain comes down on the federal fiscal year on Sept. 30, Neil Gordon, owner of Chestnut Ridge, N.Y.-based Decorating with Fabric (DWF), will do what he always does to land last-minute federal business. “It all comes down to networking — getting out there, meeting prospects, getting business cards and capturing e-mails. About 95 out of 100 jobs I get are from relationships, and that’s for all types of business, and government contracts are no different.”

Gordon explains: “I was at an architectural firm recently doing a Lunch & Learn. I got 10 e-mail addresses from the architects, who had just spent an hour with me discussing my product, and some of the architects do government work. They might not have a need for my product today, but who knows, maybe in a year or 18 months from now, they might have a need, and the educational e-newsletters that I send out twice a month keeps me top of mind. So, when they have a need for my product, they remember me, hopefully. It’s all about trying to get those odds down in your favor.”

The end of the federal fiscal year will be hectic, predicts Roger Waldron, president of the Washington-based Coalition for Government Procurement (CGP). “There’s always pressure at the end of the fiscal year, but this year, given all the continuing resolutions and the final passage of the budget so late, I think you have a compressed buying year that is going to be even more challenging for both federal agencies and industry, just because of the timing of things,” he says.

The GSA Schedules program and government-wide acquisition contracts (GWACS) are a couple of tools that federal procurement and contracting managers can use to help process acquisitions between now and the end of September, Waldron says. “Through them, you get the best of both worlds. You get competition, and you also get a pretty efficient and effective process,” he says. “GSA Schedules, for example, have E-buy, an electronic quote tool, which is big — tens of thousands of requests for quotes (RFQs) go through it every year — so I think it will be a big tool that government buyers will use over the final quarter.”

Waldron advises federal contractors to see if they have any pre-existing contract vehicles in place at federal agencies that can be activated for last-minute purchases. “Can federal agencies place orders against your firm’s existing blanket purchase agreements (BPAs)? That could provide some opportunities,” he says. “In this environment, you need to look at your pre-existing infrastructure — whether it’s government or industry.

The CGP was founded in 1979 to advocate a common-sense approach to government contracting. It represents government contractors whose contracts are administered by GSA, regardless of the industry or size of the company. The CGP has 250 member companies.