We Remember: Govpro looks back at our 9/11 coverage through the years

Here are links to a few of the 9/11 articles from Govpro.com over the past 10 years that address a variety of security, preparedness and health topics. 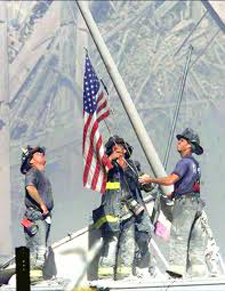 Here are links to a few of the 9/11 articles from Govpro.com over the past 10 years that address a variety of security, preparedness and health topics.

Since the 9/11 attacks, Chicago has taken a number of steps to protect the city’s residents and infrastructure, including participating in one of the largest disaster drills ever launched in the United States. This 2006 item outlines some of the ways the Windy City is preparing for future disasters.

9/11: President Declares this Weekend as National Days of Prayer and Remembrance

At the five-year anniversary of the Sept. 11 terrorist attacks, President George W. Bush declared Sept. 8-10 as National Days of Prayer and Remembrance for those who died in the terrorist attacks and for those who put their lives on the line to respond. This 2006 article summarizes the president’s proclamation.

This 2007 article shows that adequate emergency preparedness at all levels — federal, state and local — remains catch-as-catch-can. The report cited a 2006 United States Conference of Mayors emergency preparedness/homeland security survey that painted a clear picture of disaster preparedness at the local level. The survey noted that 80 percent of cities felt they had not received sufficient funding from the federal government to allow their first responders to talk with one another.

This 2003 Govpro item observed: “The Sept. 11 terrorist attacks have convinced state government officials to focus more attention on securing their computer networks and protecting them from potential cyber attacks.” Information systems security needs to be included in state budgets, the article declared. Larry Kettlewell, chief information security officer for Kansas and a member of the National Association of State Information Executives (NASCIO) security and liability team, said states spend about 4 percent to 6 percent of their budgets on IT systems and spend just a fraction of that percentage on securing the IT systems.

Cleaning Up After 9/11: Respirators, Power and Politics

This 2002 Govpro report took a close look at how well emergency response, rescue and recovery workers were protected as they labored near the former World Trade Center in the aftermath of 9/11.