Report: States don’t do enough to protect children during disasters

Most states still fail to plan ahead for the safety of children in the event of a disaster, despite the lessons learned from the terror attacks of Sept. 11, 2001, according to a new report from Save the Children. 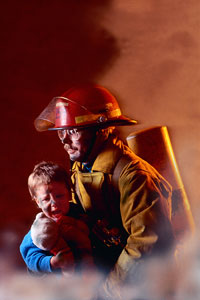 Most states still fail to plan ahead for the safety of children in the event of a disaster, despite the lessons learned from the terror attacks of Sept. 11, 2001, according to a new report from Westport, Conn.-based Save the Children (STC). Ten years after the attacks, more than two-thirds of the country still does not require the four basic preparedness and safety standards for children in schools and childcare facilities during a disaster, according to STC’s fourth annual National Report Card on Protecting Children During Disaster.

For child care, the basic standards are: written plans for evacuation and relocation, written plans for family reunification, and plans for supporting children with special needs. For K-12 schools, the standard is a written multi-hazard plan. The report found that only 17 states meet all four standards, with Connecticut, Kentucky, New York, Tennessee and West Virginia joining the list this year. “If we’re not prepared to protect kids during disasters, we’re not prepared to protect America,” said Mark Shriver, senior vice president for Save the Children’s U.S. Programs, in a statement. “Parents assume that their children are taken care of when they drop them off at school or child care. Many schools and childcare facilities are not required to meet basic standards to protect kids should a disaster strike. For the 67 million kids separated from their families on any given day, this is unacceptable.”

The report graded all 50 states and the District of Columbia (D.C.) on four criteria of preparedness. Some of the results include: