American City & County asked readers if they were concerned that the U.S. debt downgrade would affect their community's ability to borrow money. 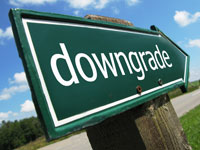 On Aug. 5, rating agency Standard & Poor’s (S&P) downgraded the United States government’s credit rating from AAA to AA+, citing uncertainty over whether Congress and President Obama would be able to agree on a plan for handling the nation’s debt. The downgrade sent shivers through Wall Street, and some experts predict that the downgrade may make it more expensive for local and state governments to borrow money in the future. American City & County asked the readers of its weekly e-mail newsletters if they were concerned that the U.S. debt downgrade would affect their community’s ability to borrow money. Below are some of the answers.

“S&P is not the sole arbiter of public debt worthiness, and their past track record in the mid 2000s with banks and [investment companies like] AIG [and] Countrywide, and [the] eventual mortgage meltdown, cast doubt as to their political statement about the recent national debt debacle in [Washington] and [the early August] panic by Wall [Street]. Our county stopped going to S&P for our pre-debt financial statement updates [because of] their conservative overtones and lack of perspective on our individual situation and financial condition. We have been using Moody’s for the past two issuances and have seen an improvement in our A+ rating since the switch.”

“Yes, this will affect even the smallest communities, [such as mine,] and we can afford it the least. We are attempting to provide basic services to our residents, and must seek grants and loans for these projects, [such as] water [and] sewer. This makes it all the more difficult.”