States and locals trim retired government employee benefits to control costs, careful not to cripple themselves in the future.

(This article appeared in the June 2011 issue of American City & County with the title, “Cutting retiree health care.”)

Faced with a $75 million unfunded liability for the cost of providing health care coverage for retired city workers, Columbia, Mo., officials decided that the retiree health plan had to change. With the agreement of the retirees, the city lowered the liability to $4.5 million and began funding it through annual contributions to a trust. 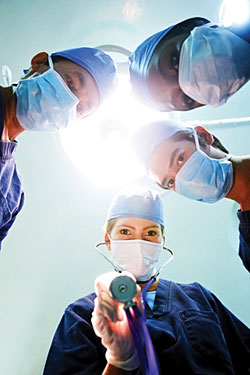 Now, retirees at age 65 or older, who are eligible for Medicare, are no longer covered under the city’s health plan. Those retirees under 65, who remain in the plan, receive a partial subsidy but pay a higher contribution rate than the amount paid by active employees. “We had to get our liability down to something manageable,” says Margrace Buckler, the city’s human resources director. “Our policy is to offer retirement health but at a reasonable cost.”

Around the nation, from the smallest towns to the largest states, government leaders are taking a hard look at the government employee benefits they offer to their retired employees, as a means of tackling current financial strains as well as reducing a gaping liability on their balance sheets. “Public sector organizations are hurting right now,” says Neil Reichenberg, executive director of the Alexandria, Va.-based International Public Management Association for Human Resources (IPMA-HR). “They are facing serious budgetary challenges. They are looking to cut, and retirement health benefits are on the list.”

While governments scramble to fill their budget holes, some observers, like Reichenberg, also are worried that cutting valued government employee benefits will have a long-term effect on recruiting and retention of skilled workers, who historically have been attracted by rich benefits, even if their salaries lagged the private sector. “There’s a feeling that if the private sector doesn’t get a benefit, they shouldn’t give it to the public sector,” he says. “But there are different challenges in the public sector, bigger issues. I think with all pensions and retirement health benefits, there’s a race to the bottom. No one asks what will be the impact on long-term recruiting and retention.”

A quick scan of government action on retiree health plans reveals wide-ranging reductions in a variety of forms:

According to an August 2010 study by the Washington-based Center for State and Local Government Excellence (SLGE), a public sector policy research organization, 39 percent of local governments surveyed had eliminated or planned to eliminate retiree benefits for new hires, 11 percent had increased the retirement age, and 36 had increased or planned to increase the years of service required to vest into the retirement health benefit. In a follow-up survey last month, SLGE found that of the 52 percent of local governments that had changed their health plans, about 25 percent had shifted more costs from the employer to the retiree — not as prevalent of a change as cost-shifting to active employees (72 percent) — but still significant. Another 8 percent had shifted to a defined contribution model (e.g., health savings account) and another 3 percent had eliminated retiree health care altogether.

At a May conference in Washington on legislative changes that will affect health care, a leading authority on health care reform said that the exchanges that will be established in 2014 under the Patient Protection and Affordable Care Act may eventually eliminate the whole category of retirement health insurance benefits. “Governments may just say, ‘Here’s a reimbursement, go buy coverage,'” said Mark Nielsen of the Groom Law Group.

It is not surprising that governments are taking and considering such steps to rein in the costs of their retiree health plans, given that an earlier, similar change in the accounting rules for companies led to the virtual elimination of retiree health care plans in the private sector. Even with the financial meltdown since 2008, health care coverage for retirees was offered by 69 percent of public sector employers, according to a 2011 survey by the Brookfield, Wis.-based International Foundation of Employee Benefit Plans. The same survey showed that only 36 percent of corporations offer retiree health care coverage.

Yet, public sector employers clearly are struggling to fund the cost of the benefit. The data from state governments, which offer plans to their own employees and often to local government employees as well, is daunting. An April 2011 study by the Washington-based Pew Center on the States calculated that states had a total liability of $635 billion in fiscal year 2009, but had saved only about $31 billion — slightly less than 5 percent of the total cost. The situation has worsened since fiscal year 2008, when states had $587 billion in liabilities and $32 billion in assets.

Based on the most recent data, states made only 36 percent of the $47 billion in contributions required by their own actuaries for the long-term bill. Five states — Alaska, Arizona, North Dakota, Utah and Washington — made full contributions. Even worse, just two states — Alaska and Ohio — accounted for nearly 62 percent of all the money set aside to fund retiree health care as of fiscal year 2009.

Nineteen states had set aside nothing to pay for their promises and continue to fund the benefits on a pay-as-you-go basis, covering medical costs or premiums as current retirees incur them. For states offering modest benefits, that may cause little problem. But for those that have made significant promises, the future fiscal burden could be enormous if more savings are not set aside or costs are not better managed. “Everything is on the table as far as costs are concerned,” says Leslie Scott, director of the Lexington, Ky.-based National Association of State Personnel Executives (NASPE). “In this current fiscal crisis, states are looking at everything. Obviously, health care is a huge, huge cost.”

The drive to bring down costs in retiree health care also is prevalent at the local level, in communities large and small. Faced with a bill for retiree health care that ran about $140,000 over the budgeted amount of $595,000, officials in St. Charles, Mo., have redesigned their plan.

Future employees of the city will no longer be eligible for health care during retirement, but current employees will continue to receive coverage. “Promises made, promises kept,” says Councilman David Beckering.

Still, the city is talking to a retirees’ group about other changes in the program. “The message is very clear,” Beckering says. “We have to figure out how to cut costs.”

He notes that at the local Boeing Company plant, where he worked for many years, the retiree benefits are not as generous as those for city employees. “Even when we reduce the program, it will be better than Boeing,” he says, which makes him unconcerned about remaining competitive for talent. “For every opening, we get so many more police and fire applications than we’ll ever need,” he says.

Charlotte, N.C., has eliminated the retiree health care plan for all employees hired since July 1, 2009. In addition, the city requires an employee contribution toward the retiree health care benefit, with a subsidy keyed to the employee’s tenure. “Retirement health care cost sharing helps preserve retiree insurance,” says Anna Ellis, the city’s employee benefits manager. “We offer quality coverage at an affordable premium. With everything going on, we expect there to be a little bit more cost shifting.”

In surrounding Mecklenberg County, N.C., new employees lost eligibility for the retirement health care benefit in July 2010, but the benefit was retained for current employees because of the legal risk of removing a benefit that had already been promised, says Chris Peek, human resources director. “Over time, we hope to gradually phase out the benefit,” he says. “The [annual actuarial required contribution] is a big challenge.”

Peek questions whether the elimination of the retiree health care benefit will hurt the county’s ability to attract and retain top-quality employees. “We don’t find it high on the list of benefits that new employees are looking for,” he says. “Young employees today want portability. The feedback we’re getting is that this benefit is not why they come to the county.”

Scott, from NASPE, says that states are seeking to balance their need for financial stability with the promises that have been made to their employees. “They don’t want to be insensitive to the workers,” she says, “but they are facing a revenue shortfall.”

She notes that studies have shown that public sector workers are paid less for equivalent jobs than those in the private sector and that benefits have been a very attractive means of finding good employees. For example, IT workers are essential for their operations, but hard to find and keep. “It’s very difficult to be competitive to what the private sector can offer,” she says.

Reichenberg, of IPMA-HR, worries that local and state governments, having eliminated the premium benefits, will have a hard time finding employees once the economy picks up and there is less available labor in the market. “There is a bigger issue,” he says. “How do you remain the employer of choice, once you cut all the benefits that make you the employer of choice? It’s a difficult issue for an organization, but not one that people want to consider while we’re in a recession.”

Adoption status of RHC* plan changes among most likely adopters