Mileage-based fees not an easy sell 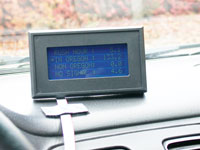 With hybrid and electric cars becoming more popular, states are looking at ways to make up for the lost gas tax revenue that finances highway work, including using new technology to track drivers’ mileage and charge fees accordingly. However, officials trying to implement the concept have faced challenges, both technical and in gaining public support.

Public acceptance of mileage-based fees is sometimes hard to come by, says Jim Whitty, manager of the Oregon Department of Transportation’s Office of Innovative Partnerships and Alternative Funding. “We can’t propose something just because we think it’s wonderful,” Whitty says. “The public won’t necessarily go along with it.”

When the Oregon Road User Fee Task Force conducted a mileage-based pilot program in 2006, it found that drivers were particularly concerned about privacy issues, such as location tracking by the transponders that recorded their mileage. The electronic devices in 285 participating vehicles transmitted the mileage data to wireless readers installed at selected service stations. “The public doesn’t believe the tracking can be private, so we have to take this as a given,” Whitty says.

He says one solution to that problem is not mandating GPS as a tracking method, but allowing drivers to choose between technologies, including odometer readings. Simpler methods, such as the odometer readings, however, are not able to track when or where the miles are traveled — information some states want to use to calculate fees.

The lack of support from the public has led to a lack of support in legislatures, says Ginger Goodin, senior research engineer for the Texas Transportation Institute. This year, for instance, Texas Rep. Linda Harper-Brown introduced HB 1669, which would create a two-year pilot usage fee program for electric cars in Texas. Goodin says the bill is unlikely to pass.

Also, states looking to implement mileage-based fees will have to create an administration system to enroll drivers, bill them, address any issues, enforce compliance and much more. While many pilot programs and studies have focused on technology, the Rockville, Md.-based I-95 Corridor Coalition — a partnership of transportation agencies stretching from Florida to Maine — released a report in November 2010 specifically addressing the administrative and legal issues involved in a mileage-based user fee system.

Administration costs are likely to be a considerable concern, according to the I-95 Corridor Coalition report. Based on bids solicited for a similar project in the Netherlands, the report says that $51 per vehicle annually in administrative costs, “provides a starting point for estimates that might have relevance in the U.S.” That figure could be as low as $30, though, based on the complexity of the system.

As states move forward with the concept, they are helping each other address the myriad issues. Goodin says representatives from interested states have been participating in conference calls every few months. In June, the Texas Transportation Institute, University of Minnesota and the Center for Transportation Studies hosted the third annual Mileage Based User Fee Symposium to bring industry representatives together and share what they have learned through pilot projects and research.

Seeing a mileage-based fee in action may be what it takes ultimately to spur acceptance. “ODOT could develop a system that’s acceptable,” Whitty says. “But until it’s in operation, it’s hard to make the sale to the public. Everyone wants to know how it’s going to work.”