Local and state governments have lessened the severity of the most recent recession by implementing effective economic development initiatives. 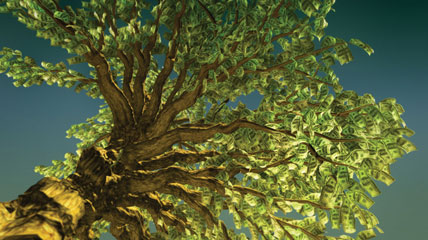 (This article appeared in the June 2011 issue of American City & County with the title, “Bearing fruit.”)

While there is no foolproof way to prepare for any recession, some local and state governments lessened the severity of the most recent one by implementing effective economic development initiatives. For instance, some communities have kept their residents employed by funding public construction projects. Others have boosted local businesses by offering their own local stimulus packages. Still others have recruited international investment to their communities.

Franklin County, Ohio, focused on funding some major public sector projects during the recession, which kept the area’s economic engine running and provided jobs for many workers who otherwise might have lost their jobs. First, the county funded the building of a AAA baseball stadium for the Columbus Clippers, which opened in 2008, and a new county courthouse, which opened earlier this year, says Jim Schimmer, commissioner of economic development in Franklin County. (Read about the courthouse construction in “Now in session“.) In addition, the county is funding a major riverfront park development project.

The stadium was funded through general obligation bond debt, and the other two projects took advantage of federal funding from the American Recovery and Reinvestment Act (ARRA). Together, the three projects poured $400 million into the local economy. “These public projects occurred at a time when there was not a lot of private construction going on,” Schimmer says. “A number of contractors told us that if it hadn’t been for those two projects, they would have laid a lot of people off.”

Not only did the public construction projects boost Franklin County’s economy, but they also helped raise the bar for future construction projects, Schimmer says. For instance, the new courthouse is the first LEED-certified courthouse in the state. Because Ohio-area contractors have been slow to adopt green building practices, the Franklin County Commission thought the courthouse project could demonstrate to the private sector why LEED makes sense, Schimmer says. As a result of the learning that took place on that job, almost every new project started in the area now has a LEED focus, Schimmer says.

To keep people employed in New Jersey during the past few years, the New Jersey Economic Development Association (NJEDA) focused not only on attracting new businesses, but also on helping existing companies start hiring again. “During a recession, it’s all about keeping people employed,” says Caren Franzini, NJEDA director. “Then, they have money to spend, which will get us out of that recession cycle.”

To support existing businesses in the state, New Jersey launched the Business Retention and Relocation Assistance Grant (BRRAG) program. “My father was in retail, and he always said it’s far easier to keep the customer you already have than to get a new one,” Franzini says. “The same holds true for keeping the businesses you already have.”

One of the first New Jersey-based businesses to use the recently expanded BRRAG program was pharmaceutical company Bayer, which received more than $14 million in BRRAG funds. Bayer selected New Jersey over New York as the site for a new corporate campus, a decision that will keep 1,000 jobs in New Jersey, bring 300 more jobs from out of state, and create 200 new jobs.

Also because of BRRAG funds, Watson Pharmaceuticals recently decided to expand and open a new administrative headquarters in Parsippany, N.J., which will include a private investment of more than $15 million and employ approximately 500 people. The company received $455,000 in BRRAG funding and just over $636,000 through NJEDA’s Sales and Use Tax Exemption Program. “This assistance was considered a major factor in Watson’s decision to remain and grow in New Jersey,” Franzini says.

But NJEDA does not just support large businesses. It also launched a Small Business Fund to help retain smaller businesses and help them grow. For instance, Carfaro, Inc., a designer, manufacturer and installer of metal railings, fencing, columns, and architectural and ornamental metalwork in Hamilton, N.J., received a $300,000 direct loan from the state’s Small Business Fund. The loan helped the company refinance existing debt and make leasehold improvements to its 32,000-square-foot facility. As a result, the company expects to create 20 new jobs during the next two years.

Some cities and counties have opened their own local funds to provide capital to businesses that were unable to access needed capital during the recession. “With the banking, borrowing and bonding issues associated with the recession, companies have suffered from the inability to get access to capital to stay in business or to take advantage of the new orders though purchase of new machinery, equipment or real estate improvements,” says Robert Bowman, Akron, Ohio’s deputy mayor for economic development. “The higher tech companies have weathered the recession much better, and yet they, too, have had access-to-capital problems, depending on their area of technology.”

Using various government programs, Akron has helped several local businesses through the recession. “The best advice I can give is that a city or municipal jurisdiction needs to have a rainy day fund or mechanism that enables businesses to access capital at reasonable rates,” Bowman says. “Granted, banks have had extenuating circumstances during the recession, but they also have not been willing partners when the community is trying to assist area companies.”

Because Akron’s traditional manufacturing industries have taken a substantial hit during the past several years, local economic developers have begun investing more time and energy outside the country. To help build a new base of technology-oriented jobs, city leaders created the Akron Global Business Accelerator, a technology business incubator founded as a cooperative partnership between the city and state, The Akron Development Corp. and The University of Akron. Through the Accelerator, the city has created agreements with its counterparts in various international cities, including the Targetech Incubator in Netayana, Israel; the Technology Centre in Chemnitz, Germany; and the Helsinki Business and Science Park in Finland. In addition to the incubator connections, Akron has signed a Cooperative Cities Agreement with the Sifang District of Qingdao, China.

In addition to attracting a number of small and medium-sized international technology companies, Akron’s global connections have secured a $15 million investment from Roechling Automotive, a high-tech German automotive manufacturer supplier, which is building a new facility that will employ 123 people. The new Goodyear Global/North American headquarters also will locate in Akron, with an investment of $300 million and about 3,000 jobs.

There are three measurements of a community’s resiliency to a recession or other difficult economic circumstances, says Jeff Finkle, CEO of the Washington-based International Economic Development Council. First, the community needs to have a number of diverse business clusters so that, for instance, if an automotive plant closes, hospitals, banking and other employers can pick up the slack. Second, a community must maintain spending on economic development throughout tough times. And third, a community needs to have enough resources to be able to initiate community spending.

“Implement your own stimulus package, so to speak, or take advantage of the federal stimulus package,” Finkle says. “Use the resources in your city and state coffers to build out your own infrastructure. Those who did [prior to the recent recession] probably saved a lot of jobs in their communities.”

When planning for the future, it is important to remember that economic development activities cannot be ignored or postponed without negatively affecting future employment and tax revenues, Bowman says. “Investment in economic and business retention and business attraction activities are like seed corn to a farmer,” he says. “If you eat the seed corn, then you have no future. The same is true for a city’s investment in economic development programs.”