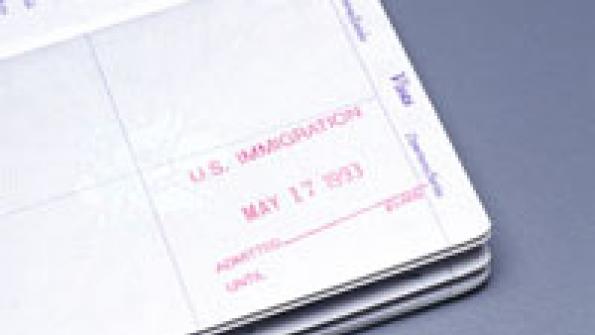 Georgia has passed an immigration reform bill that is similar to Arizona's SB 1070, which had empowered that state's local law enforcement officers to check the immigration status of criminal suspects they believed were in the country illegally.

Georgia has passed an immigration reform bill that is similar to Arizona’s SB 1070, which had empowered that state’s local law enforcement officers to check the immigration status of criminal suspects they believed were in the country illegally. However, after signing the legislation on Friday, Georgia Gov. Nathan Deal made sure to say the state is trying to work with, not against, the federal government in enforcing the nation’s immigration laws.

Along with giving local law enforcement the authority to enforce federal immigration laws, Georgia’s “Illegal Immigration Reform and Enforcement Act of 2011” also requires employers to use the federal E-Verify system to confirm the legal status of new hires. It also includes provisions on new training for police officers and sheriff’s deputies to implement the law, as well as additional funding to counties for confinement of state inmates. “Georgia is a welcoming state with vibrant immigrant communities and a highly diverse population,” Deal said in a statement. “There’s no better way to promote the quality of life of all who live here and no better way to protect taxpayers than upholding the rule of law.”

Georgia has the sixth-highest number of illegal immigrants of any state, according to Deal, and that status creates “enormous expense to Georgia taxpayers.” “Those who claim that this law will have a negative financial impact on Georgia completely ignore the billions of dollars Georgians have spent on our schools, our hospitals, our courtrooms and our jails because of people who are in our state illegally,” Deal said.

Deal also said lawmakers took into account federal objections to other states’ immigration laws, such as Arizona’s SB 1070, when writing Georgia’s new law. For example, a federal judge threw out parts of Arizona’s law in July, including the portion allowing police to ID suspected illegal immigrants. “We do not wish to go to war with the federal government. We wish to partner with the federal government to enforce the current law of the nation,” Deal said. “Illegal immigration is a complex and troublesome issue, and no state alone can fix it. We will continue to have a broken system until we have a federal solution. In the meantime, states must act to defend their taxpayers.”