Given the nation's current economic problems, federal transportation priorities should be targeted to metropolitan areas, home to two-thirds of U.S. residents, according to a survey of mayors of 176 cities conducted by the United States Conference of Mayors. 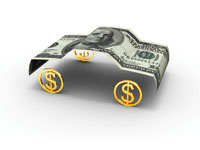 Given the nation’s current economic problems, federal transportation priorities should be targeted to metropolitan areas, home to two-thirds of U.S. residents, according to a survey of mayors of 176 cities conducted by the Washington-based United States Conference of Mayors (USCM). And, a large majority of the mayors surveyed said they would only favor an increase in the federal gas tax if it meant more money would be spent in and around cities.

The survey’s major findings include: