Some Fort Wayne, Ind., officials say a former mayor's name may be too funny to put on a new building. 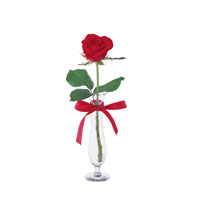 What’s in a name? Unintentional humor, many times, and because of that, some Fort Wayne, Ind., officials are reluctant to put a former mayor’s name on a new building, according to the Associated Press. And what is the former mayor’s name? Harry Baals.

Baals won four terms in the 1930s and 1950s, and his moniker leads the online voting for names for the city’s new government center, but Deputy Mayor Beth Malloy said that probably won’t be enough to put the name of the city’s longest-tenured mayor on the building. Descendants of the former mayor pronounce the name “bales,” but the man himself pronounced his last name “balls.” “We realize that, while Harry Baals was a respected mayor, not everyone outside of Fort Wayne will know that,” Malloy told the AP. “We wanted to pick something that would reflect our pride in our community beyond the boundaries of Fort Wayne.”

An online site taking suggestions for names showed the Harry Baals Government Center was receiving more than three times the number of votes than the closest contender. Jim Baals, 51, who has lived in the city his entire life, said it’s unfortunate that his great-uncle’s name won’t be considered for the building. “Harry served four terms and was a wonderful mayor. I don’t know what the problem is,” he said. “I understand people are going to poke fun at it. That’s OK. I’ve lived with that name for 51 years now, and I’ve gotten through it. I think everybody else can, too.

Visit the city’s web page for suggesting names for its new government center.