Where did the time go?

A Wisconsin town has lost track of a time capsule buried 25 years ago. 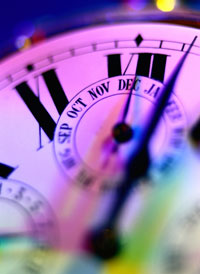 The town’s leaders were hoping to open the capsule for the community’s 100th anniversary, according to the Associated Press. The time capsule, buried near the municipal building in 1985, held coins, news clippings and a bottle of New Coke in a two-foot-long piece of white PVC pipe.

However, the capsule had to be dug up in 1997 when the building was remodeled. Kimberly Street Commissioner Dave Vander Velden says it’s not clear where — or even if — it was reburied. Officials are using a metal-detection device to help find the wayward time capsule.