Considering privatizing parking assets? Some questions to help determine if the move is right for your community.

Facing decreasing tax revenues and budget deficits, state and local governments are considering monetizing public parking assets, which is a form of public-private partnership in which the value of the assets are turned into readily available cash. Although monetizing public parking assets can be effective, the move presents a set of unique challenges and opportunities for government officials. 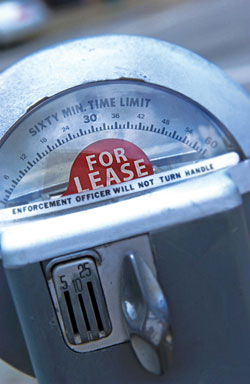 Under a typical monetization transaction, government and investment bodies enter into a concession or lease agreement that provides the investment body with certain operating rights, risks, responsibilities and cash flow, while the governmental body receives a significant up-front payment and/or a series of payments at prescribed intervals. The typical term of a monetization lease or concession agreement ranges anywhere from 20 to 99 years.

Over the last five years, Chicago has concluded two public parking asset monetization deals — the first and only two in the nation, so far. Those transactions included four downtown subterranean parking garages totaling more than 9,100 parking spaces and a 36,000-space parking meter system.

For the most part, one of the transactions was successfully concluded without much fanfare. However, the parking meter concession has been fraught with scores of criticism from both the public and private sectors. Nevertheless, other cities, including Indianapolis, Los Angeles, and Pittsburgh, are in various stages of exploring the idea for their parking assets.

The first monetization of a public parking system in the country occurred in December 2006, when Chicago and the Chicago Park District awarded New York-based Morgan Stanley Infrastructure Partners (MSIP) a 99-year, long-term concession lease for four of its parking garages that are located beneath Grant and Millennium Parks. The bid was for $563 million, and the transaction paid off outstanding parking garage bonded debt and provided funding for capital improvements. MSIP receives the revenue from the parking facilities and is obligated to operate the off-street parking system and rebuild the assets.

Chicago monetized the second public parking system in December 2008 in a second agreement with MSIP. It was a 75-year lease concession agreement for 36,000 parking meters. Chicago received a $1.156 billion fee, and MSIP operates and maintains the parking meter system and collects the revenue from it.

Do you want to privatize parking?

Although Chicago’s Mayor Richard Daley has been under fire for his decision to monetize the city’s metered parking system, he has nevertheless set out a model for all subsequent parking-related monetization transactions. Unlike toll roads or wastewater treatment facilities, monetizing parking assets is new, and the marketplace is quickly learning what works and does not work, and it is rapidly modifying its approach accordingly.

There are several considerations in such a move:

Is your community ready to make the move?

Remember, each transaction has its own strengths and weaknesses, and only by negotiating a judicious agreement with the private sector can a government entity protect stakeholder interests. Parking monetization is not necessarily a zero-sum game. Although there can be winners and losers in a parking monetization transaction, agreements can be constructed where both parties benefit. They can be a winning deal for the administration as well as the constituents if properly thought out and constructed.

Project participants’ motives can play a significant role in guiding the final form of the transaction. Answer the following questions before discussing monetizing public parking assets with private contractors:

John Dorsett is senior vice president and director of the Consulting Resources Group for Walker Parking Consultants in Indianapolis.